Consolidation without a loan
Debt Management Plans
Learn about the nonprofit debt relief option that can help save time and money on your credit card debts.
END_OF_DOCUMENT_TOKEN_TO_BE_REPLACED

Featured Service
Foreclosure Counseling
Housing concerns are on the rise. If you need help, our HUD-certified counselors are here for you.
END_OF_DOCUMENT_TOKEN_TO_BE_REPLACED

Featured Blog Post
Who Needs Short-Term Disability Insurance?
Anyone could use a little financial protection, but these groups may need additional disability insurance more than others.
END_OF_DOCUMENT_TOKEN_TO_BE_REPLACED

MMI celebrates the life and career of Karen Soileau, who shared so generously of her time, her warmth, her humor, and her boundless curiosity.

You knew when Karen was there.

For 24 years, Karen Soileau filled MMI workspaces and meeting rooms, both physical and virtual, with energy, passion, and laughter. She was a uniquely open and honest friend and coworker who gave unsparingly of herself to clients, teammates, and all who needed her. Through the relationships she created, the projects she led, and the risks she was willing to take, she became a vital part of MMI’s story and identity.

“Karen planted big roots in the hearts of everyone that she came across,” said Jamie Payne, senior director of client counseling and support at MMI.

A lifelong learner and an empathetic listener, Karen came to MMI in 1997 as a member of our client support team. Right away, the qualities that had made her such an excellent student – curiosity, determination, and a knack for problem solving – made her an outstanding ally for clients in crisis.

Karen thrived on the support team, quickly building strong bonds across MMI. “Karen had the wonderful ability to connect with just about every person she met,” said Michael Cagan, a senior business analyst at MMI. Her attention to detail, reliability, and warm nature made her a natural fit for a leadership role, and in 2005 she was promoted to manager.


"Karen was a wonderful person to have on your side. If you needed an ear to listen, she was there. If you needed to learn about something, she was more than happy to mentor. If you asked her opinion, you heard it. If you needed a shoulder to cry on, she gave it. I appreciated that she was straightforward and did not sugarcoat. That is a true friend."

In 2015, after nearly two decades in client support, Karen set out on a new challenge, bringing her unique perspective and laser-like focus on problem solving to the IT team at MMI.

Initially hired to do software quality assurance and testing, she was instrumental in the successful launch of the updated and expanded moneymanagement.org – a challenging, multi-year effort that leaned heavily on Karen’s meticulous attention to detail.

“She was super hard working and we relied on her for so much,” said Jennifer Dial, MMI’s vice president of customer experience. “She tirelessly advocated for what was best for MMI and our clients.”

The winding road to launch exposed Karen to previously unexplored facets of information technology and project management, which would eventually lead to her new role as a business analyst. She flourished in the position, piling up hours upon hours of research, training, and self-study. When she made a recommendation, it carried the weight of all that effort and passion. Her ideas and opinions were invaluable.


"Karen was a remarkably brave woman, and someone who was always willing to back her bravery with steadfastness and with action. She was willing to take risks, and she was willing for those risks to have consequences. Many of the projects I instigated would not have succeeded in the way they did without her immeasurable contributions. It was a privilege and a joy to work with her, and I am thankful for the time we had."

Karen Soileau was of course more than the sum of her achievements. She was a mother, and a wife, and a diehard LSU fan (Geaux Tigers!). She was a sister, and a baker, and a voracious reader.

“I loved that she would go hunting with her family, even though it wasn’t her favorite thing,” said Kristy Strange-Hearld, fellow business analyst and longtime friend. “She did it so she could spend time with them doing what they loved to do.”

A tireless worker. A reliable teammate. A loyal and devoted mother and wife. A true and treasured friend.

The world seems a little less bright without our friend Karen in it. But MMI is an enduringly better place for the time we spent together.

We will miss you always. 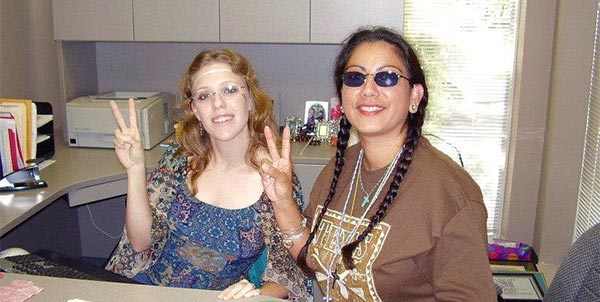 "Her facial expressions were loud, her smile was always bright, and her determination kept everything moving. I am blessed to have known her. Karen will be sorely missed."