Consolidation without a loan
Debt Management Plans
Learn about the nonprofit debt relief option that can help save time and money on your credit card debts.
END_OF_DOCUMENT_TOKEN_TO_BE_REPLACED

Featured Service
Foreclosure Counseling
Housing concerns are on the rise. If you need help, our HUD-certified counselors are here for you.
END_OF_DOCUMENT_TOKEN_TO_BE_REPLACED

Featured Blog Post
What Beginners Should Know About Credit Cards
Used mindfully, credit cards open up all types of convenient doors, but if used unwisely, they can also dig you into a financial hole.
END_OF_DOCUMENT_TOKEN_TO_BE_REPLACED

Sr. Director of Media and Brand 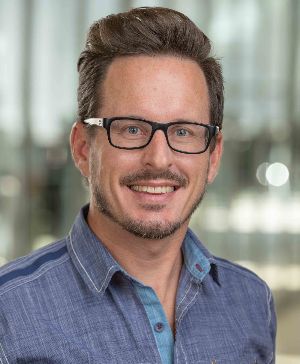 Thomas Nitzsche is Sr. Director of Media and Brand at MMI, the largest provider of nonprofit financial counseling and education in the United States. He has dedicated his career to using his personal experience and professional expertise to create conversations about money and destigmatize debt. In his current role, he manages MMI’s external communications, media relations, social media, and brand story.

Thomas has the unique perspective of being both a former client and a former counselor at Clearpoint, prior to its merger with MMI. He joined the agency during the Great Recession, following a career in retail financial services, and counseled thousands of clients as they navigated the economic downturn and subsequent mortgage crisis. Having personally experienced many of the same challenges as his clients, Thomas became a natural spokesperson for local media opportunities, and in 2011 he joined the marketing team as a regional media relations coordinator. Since that time, his role has grown to include a variety of media and brand-related responsibilities.

Thomas has been extensively sourced as a subject matter expert on a wide range of personal finance matters. He has been featured in U.S. News & World Report, Forbes, The New York Times, USA Today, Consumer Reports, TIME, CNBC, and many others. He is a member of Bankrate's Financial Expert Review Board, has written for Nerdwallet as an active member of its Ask an Advisor network, and provided expertise to MSN Money’s Ask a Credit Counselor platform. Internally at MMI, he serves on the President’s Counsel and leads LGBTQ visibility efforts.

Thomas is an alumnus of Southwestern Illinois College and Maryville University, holds a Certificate in Neighborhood Leadership from the University of Missouri, and is an NFCC Certified Financial Educator. He has served on planning committees for the St. Louis Regional Unbanked Task Force, the Jefferson County (MO) Housing Task Force, Secure Your ID Day, America Saves, and Money Smart Week. He has been an active member of the FINCON community since 2014 and served on the board of directors for HSS, a local social service agency.