Consolidation without a loan
Debt Management Plans
Learn about the nonprofit debt relief option that can help save time and money on your credit card debts.
END_OF_DOCUMENT_TOKEN_TO_BE_REPLACED

Featured Service
Foreclosure Counseling
Housing concerns are on the rise. If you need help, our HUD-certified counselors are here for you.
END_OF_DOCUMENT_TOKEN_TO_BE_REPLACED

Featured Blog Post
Do I Have to Pay Taxes on Unemployment Benefits?
Here's everything you need to know about who charges tax on unemployment benefits and how much it may cost you.
END_OF_DOCUMENT_TOKEN_TO_BE_REPLACED

by Louis DeNicola on in Consumer Protection 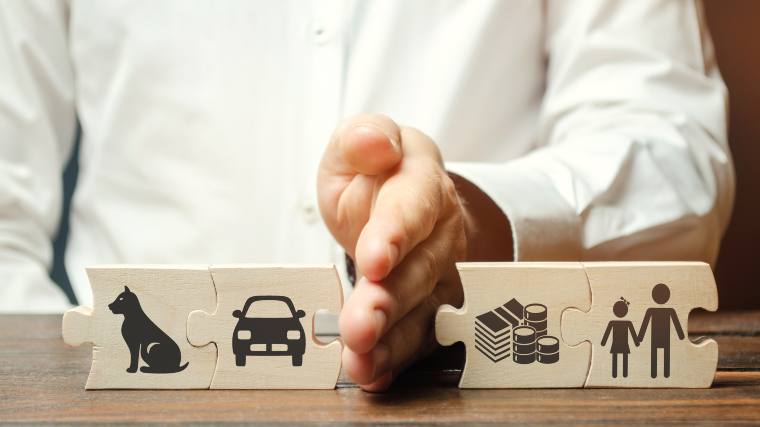 Most states are “common law states,” which means married couples may share many aspects of their lives, but their property is individually owned unless both of their names are on a contract. Things work differently in community property states, where assets and liabilities that either person acquires during the marriage become the joint property of both spouses. In other words, “what’s mine is yours” legally applies to all sorts of income and debts.

Generally, community property laws become important during a divorce and for estate planning purposes. They can impact how a judge will split up the property that’s been acquired since you got married. Or, which property you can pass on in your will.

Which States Have Community Property Laws?

Additionally, couples in Alaska can choose to use community property laws, while those in South Dakota and Tennessee can create a trust and move assets into the trust if they want them to be jointly owned.

What Counts as Community Property?

If your primary residence is in one of those states, then most assets acquired by either spouse during the marriage are treated as community property. Property can refer to physical possessions and intangible assets, including:

In essence, the state views your marriage unit as a single entity, a bit like a business partnership. For example, any wages you earn are equally owned by you and your spouse, even if the money goes into an account that only has your name on it (rather than a joint account).

Similarly, both spouses owe the debts taken on by either spouse, even if only one of them takes out the loan or uses a credit card. Although, there may be some exceptions if the debt isn’t taken on for a purpose that benefits both spouses in some way.

Even if you live in a community property state, you may still retain some of your property as separate property—meaning you’re the sole owner.

Separate property generally includes everything you owned before you got married, along with gifts and inheritance that are only given to you during the marriage. It can also include debts you took on before the marriage, such as student loans.

You may be able to separate commingled property later. During a divorce, you could hire a financial advisor to determine how much of a retirement account’s balance is due to the separate versus community property, for example. However, there are also times that funds get mixed together so much that the entire account or property becomes community property.

During a divorce, community property may be split 50-50 between both parties. However, if you can agree to an equitable split, you don’t necessarily need to divide all community property in half. For example, rather than dealing with the tax consequences of withdrawing money from a 401(k) early, perhaps you get to keep all the 401(k) funds and your former spouse gets to keep the house.

In addition to divorce and estate planning, community property laws can also impact your annual tax return if you use the married filing separately tax return status.

Because you own half of the community property, along with your separate property, you’ll have to include all that income on your tax return. You’ll also receive half of the tax deductions and credits to determine how much you owe or how big of a refund you’ll receive.

You’ll need to follow the rules even if you’re separated but still legally married and at least one person lives in a community property state. As a result, you might have to add or subtract income from your tax return, or even if you don’t share any money with the other person. But there are also exceptions, such as when you didn’t live together for the entire year and didn’t transfer the community property between each other.

Protecting Yourself From Future Conflict

For example, the prenup may explicitly state that both party’s earnings, assets, and debts remain separate property. Or, it could be more explicit about a particular situation, such as designating one person’s business and business income as separate property, but allowing everything else to become community property.

If you’re already married, you could also draft and sign a postnuptial agreement that covers many of the same things. These can be particularly helpful if you get married in a common law state and are moving to a community property state. With both pre and postnuptial agreements, state laws may limit what you can include in, and you’ll want to work with an attorney who is familiar with the specific state’s laws.

Make the most of every dollar and start building toward your dreams! Budget counseling is FREE and available 24/7.
END_OF_DOCUMENT_TOKEN_TO_BE_REPLACED