Consolidation without a loan
Debt Management Plans
Learn about the nonprofit debt relief option that can help save time and money on your credit card debts.
END_OF_DOCUMENT_TOKEN_TO_BE_REPLACED

Featured Service
Foreclosure Counseling
Housing concerns are on the rise. If you need help, our HUD-certified counselors are here for you.
END_OF_DOCUMENT_TOKEN_TO_BE_REPLACED

Featured Blog Post
What Beginners Should Know About Credit Cards
Used mindfully, credit cards open up all types of convenient doors, but if used unwisely, they can also dig you into a financial hole.
END_OF_DOCUMENT_TOKEN_TO_BE_REPLACED

How to Deal with Debt Collectors When You Can't Pay 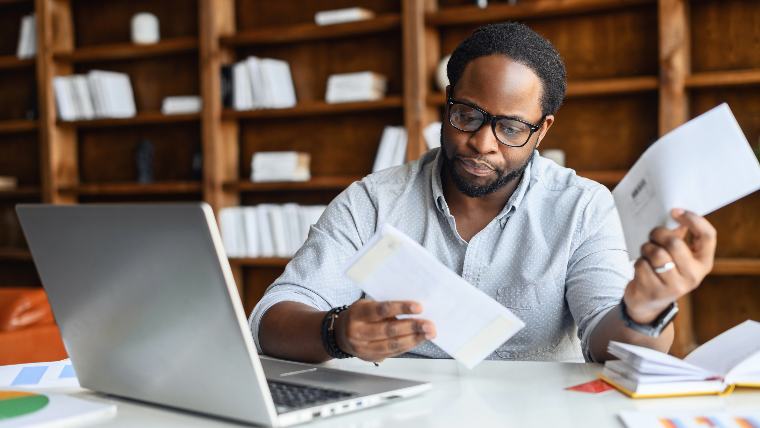 The following is presented for informational purposes only and is not intended as legal or tax advice. Please consult with a qualified professional for direct advice on your unique situation.

One of the more troublingly common reasons why someone may be struggling to repay their debt is quite possibly the simplest: they just can’t. They don’t have the money. They’re either without income or that income is only enough to cover the barest essentials.

Here at MMI, our debt and budget counselors hear it over and over again. “I want to repay my debts, but I just don’t have the money. What can you do for me?” It’s a fair question. What can you possibly do about debt when there’s no money to spare? And will debt ever just go away if you just don't do anything?

What Happens If You Ignore Your Debt?

If you ignore your bills and make no payments, your accounts will become delinquent. If you’ve ever been delinquent on a debt, you probably know that creditors get a little antsy when you stop paying them. You’ll likely get phone calls and letters reminding you that you’re past due and asking for a payment.

Eventually, unpaid debts are charged off – meaning the creditor writes them off as a loss. That doesn’t mean the debt disappears, however, or that you no longer owe the money. The creditor may transfer the debt to an in-house collection department or they may sell the debt to a third party debt collection agency.

A debt collection agency may buy the debt for a fraction of its value (they may pay $2,000 for a $10,000 debt, for example), but they have the right to collect the debt in full. They will pursue you for the money, with persistent letters and phone calls. If they have no success getting you to pay, they may ultimately choose to sell the debt once more, and the cycle will continue with a new debt collector.

What's happening to you during all this? Well, your credit score may be damaged, and your debt may be growing thanks to various fees, penalties, and interest charges, but beyond unhappy phone calls and letter, your situation hasn't really changed.

Can You Be Sued for Unpaid Debts?

This debt collection dance could potentially go on for years and years. Even once the negative marks start falling off your credit report seven years later, the creditor of record still has a right to attempt to collect their money. And you may choose to continue ignoring them. In this scenario, your credit takes a pretty vicious beating and you’ve collected a tidy stack of angry letters, but you haven’t actually paid anything. How long can that go on?

Ultimately, it depends largely on the size of your debt and the disposition of your creditor. Credit is usually extended under an agreement that spells out who’s required to do what. Once you stop repaying your debts, you’ve very likely broken that agreement and the creditor in question has every right to take you to court in pursuit of that money. In most cases, should a creditor take you to court and win the case, your wages will be garnished, with a percentage taken out automatically and directed towards your debt.

So will your particular creditor sue you if you stop paying? The process of seeking compensation through the court system takes time and resources, which means that the likelihood of being sued increases with the size of your delinquent debt. Should you assume that a creditor won’t sue you? No. Definitely don’t do that. Having your wages garnished isn’t the end of the world, but you should seek to avoid it at all costs.

What are Your Options for Dealing with With Debt Without Payment?

Debt settlement becomes an option once your debts have been charged off. Because the debt has probably been sold for substantially less than its original value, the debt’s owner may be willing to accept less than what’s owed (assuming that’s more than what they paid for it).

With debt settlement you aren’t paying back the full debt, but you are paying. There’s the cost of the agreed upon settlement, plus the costs associated with whatever damage your credit has taken, as well as the amount you’re taxed on the forgiven debt (the amount owed that you didn’t pay is considered income and needs to be factored in when completing your tax returns).

Bankruptcy has long been viewed as a last resort of sorts, but it’s a perfectly valid way to attempt to separate yourself from crushing debt and start over. It’s far from free, however.

How much it costs to complete the bankruptcy filing process is going to vary wildly, depending on factors like where you live, how much debt you have, and what assets you own. You should expect to pay somewhere (very roughly) between $1,500 and $6,000.

Another thing to keep in mind is the difference between Chapter 7 bankruptcy and Chapter 13. Broadly speaking, Chapter 7 involves the liquidation of your nonessential, non-exempt property to help repay your creditors, while Chapter 13 centers on the creation of a wage-earner plan, where your debts are adjusted according to your circumstances and you make regular payments out of your remaining disposable income. You’ll notice that in both version you still end up making some form of payment to your creditors.

So, circling back to the original question – is it possible to get out of debt without paying anyone anything? Unfortunately no, not really. You can certainly attempt to ignore your debts, and you may even find there are circumstances where creditors and collectors may just give up on trying to collect from you. But that doesn’t mean you’re out of debt. And the possibility exists that they may someday change their mind and come looking for their money once more.

If you’re overwhelmed with debt and unsure what options make sense for your situation, consider speaking with a certified counselor from Money Management International. Counseling is free, confidential, and a great way to get unbiased advice and suggested next steps.

Consolidation without a loan? See how a debt management plan can help improve your debt situation.
END_OF_DOCUMENT_TOKEN_TO_BE_REPLACED