Consolidation without a loan
Debt Management Plans
Learn about the nonprofit debt relief option that can help save time and money on your credit card debts.
END_OF_DOCUMENT_TOKEN_TO_BE_REPLACED

Featured Service
Foreclosure Counseling
Housing concerns are on the rise. If you need help, our HUD-certified counselors are here for you.
END_OF_DOCUMENT_TOKEN_TO_BE_REPLACED

Featured Blog Post
What Beginners Should Know About Credit Cards
Used mindfully, credit cards open up all types of convenient doors, but if used unwisely, they can also dig you into a financial hole.
END_OF_DOCUMENT_TOKEN_TO_BE_REPLACED

What is Debt Forgiveness and What Does It Cost? 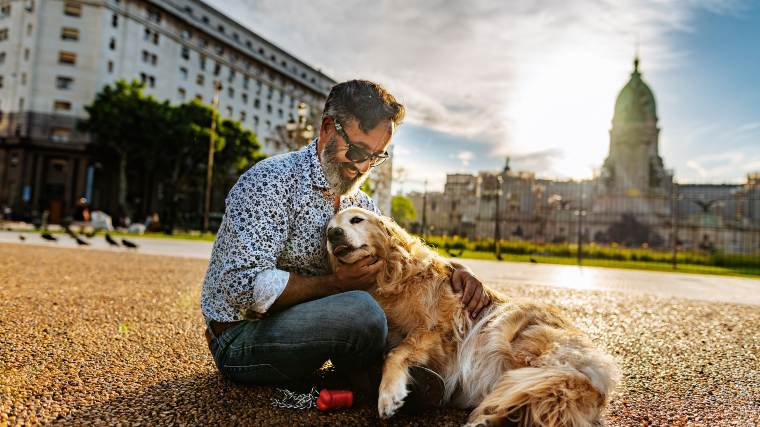 This article is presented for informational purposes only and is not intended as tax or legal advice.

Debt can often feel like a burden. It takes resources away from other areas of need (and yes, you do need to have fun and relax sometimes) and suppresses our ability to save money for big picture goals. Even if you can technically afford your debts, you'd probably rather not have them. And if you can't afford your debts, then you may be looking for some sort of lifeline - a way to take the debts away without having to pay.

In other words, the idea of having your debts forgiven by your creditors is an appealing one. And debts are sometimes forgiven, but there are often costs associated with debt forgiveness. This is what you need to know about debt forgiveness, including when you might qualify and why debt forgiveness is rarely ever free.

How Does Debt Forgiveness Work?

Debt forgiveness happens when a creditor releases you from your responsibility to repay all or some amount of a debt. As a result, you no longer have to worry about repaying the "forgiven" debt.

Debt forgiveness can come in many forms. If you have an account in collections, you may attempt to negotiate with the collector by offering to pay a portion of the debt in exchange for having the remaining debt forgiven. As an example, let's see you owe $10,000 on a charged off credit card account. You ultimately agree to settle the debt for $5,000, with the remaining $5,000 being forgiven.

If you foreclose on your home, or are forced into a short sale where the sales price doesn't cover the remaining mortgage, the lender may forgive all or a portion of the remaining debt.

On certain federal student loans, if you’ve made the required payments over a set period of time (usually between 10 and 30 years), whatever is left of your remaining balance may be forgiven.

Essentially, in any scenario where you owe money and don’t eventually make a full repayment, part or all of the remaining balance may be considered forgiven debt. Nearly any debt could potentially be forgiven (or at least partially forgiven), but whether or not that happens is almost entirely up to the lender or whoever owns the debt. Forgiveness needs to be in their interests, as well, so if you're perfectly capable of repaying a debt in full, there's little chance of a lender offering to forgive any portion of the debt in question.

What does debt forgiveness cost you?

Because debt forgiveness is most commonly connected to settlement, there are two major costs to consider: the cost of the settlement itself (that is, the portion of the debt you do pay), and the tax you pay on the forgiven debt. If you're using a third party to negotiate your settlement, there will be additional costs and fees associated.

As for the settlement amount itself, it will vary, but typically falls around 35-50% of the original debt amount. And if you're using a settlement company, they typically charge 15-25% of the total debt (though some charge based on what you saved, and others may use totally different pricing methods).

"How can debt be income?" you may ask. Well, I suppose you have to look at it this way – you were provided with money, goods, or services in the amount of your debt. In the above example, from a tax perspective you got a free $6,500. But of course, nothing is actually free, so now you need to pay taxes on that $6,500.

The impact on your tax return could be major or minor, depending on a lot of factors, such as your income bracket and the amount of the forgiven debt. If you have questions or concerns about how to complete your tax return, be sure to speak with a qualified tax professional.

Exceptions to the rule

You should generally assume that if your debt is being forgiven, you are going to have to pay taxes on the balance. But there are definitely exceptions to that rule.

It's a result of a personal bankruptcy

All debts discharged through bankruptcy are generally not taxable.

You are insolvent in an amount greater than the forgiven debt

If you made all of the required payments on a public service loan forgiveness, teacher loan forgiveness, law school loan repayment assistance, or National Health Service Corps Loan Repayment program your forgiven debt is not considered taxable. Any forgiven debt resulting from any other student loan repayment plans, however, including income-based and income-contingent plans, is taxable.

There are a few other unique exceptions, including exceptions for student loans that were discharged due to the death or permanent disability of the student, but those relatively rare. Again, if you have specific questions about how debt forgiveness may impact your personal tax return, please contact a tax specialist. It’s what they do.

In almost every case, the benefit of a forgiven debt far outweighs the tax consequences, but it’s important to be aware of those consequences and plan accordingly. Free money almost always costs you something in the end.

If you're struggling with debt and interested in settlement or other potential solutions, you may benefit from a debt management plan. Talk with one of our NFCC-certified credit counselors today, and we'll walk you through your options and provide valuable resources.

Consolidation without a loan? See how a debt management plan can help improve your debt situation.
END_OF_DOCUMENT_TOKEN_TO_BE_REPLACED