Consolidation without a loan
Debt Management Plans
Learn about the nonprofit debt relief option that can help save time and money on your credit card debts.
END_OF_DOCUMENT_TOKEN_TO_BE_REPLACED

Featured Service
Foreclosure Counseling
Housing concerns are on the rise. If you need help, our HUD-certified counselors are here for you.
END_OF_DOCUMENT_TOKEN_TO_BE_REPLACED

Featured Blog Post
What Beginners Should Know About Credit Cards
Used mindfully, credit cards open up all types of convenient doors, but if used unwisely, they can also dig you into a financial hole.
END_OF_DOCUMENT_TOKEN_TO_BE_REPLACED

Debt settlement is another option for anyone having difficulty repaying their credit card debts. While on the surface it seems somewhat similar to a debt management plan, how it works and what it does are both very different. Here's what you need to know about debt settlement.

A structured debt settlement plan usually looks like this:

This works because debt collection agencies purchase debts for less than their original value. The quicker they can collect on a debt, the better the profit margin. So when the debt settlement company comes in ready to make a large one-time payment, the collection agency is usually willing to make a deal.

Debt settlement can save you a substantial amount of money. They can also get you out of debt much faster than simply making your regular required payments each month. Working with a settlement agency can also simplify repayment, as you'll only be making a single monthly payment to your settlement agency and not your multiple creditors.

Settling on your debt requires that you allow your accounts to become severely delinquent, missing months of payments. These delinquencies will likely have a significantly damaging impact on your credit score - assuming your score hasn't already been affected by prior missed payments.

Settlement companies are not free. You may be charged based on the size of your debt or the size of the savings you received by settling. And unfortunately, because settlement requires you to pay upfront before receiving assistance, settlement fraud isn't uncommon. You need to make sure the settlement company you've chosen is reputable and not a scam.

It's also important to note that in most cases the IRS views forgiven debt as income, so you'll be required to pay taxes on that money. This means that if you were in debt $10,000 and settled for $6,000, the IRS would consider the other $4,000 income, which you would need to account for when preparing your annual tax returns.

If you’re tempted to go the route of debt settlement, keep in mind that all of those actions are ones you can take on your own. You can divert your potential credit payments into a savings account and allow your debts to go into default. Then you would take the funds out of savings and begin negotiations with the debt collector.

Handling a debt settlement on your own would save you all the fees normally paid to the settlement company. The flip side is that you’d have to handle all the negotiations directly with your debt collectors, which is unlikely to be a positive experience.

Of course, in either scenario, your debts are going unpaid for months and are eventually charged off, which means that your credit is going to take a pretty heavy hit. Debt settlement is not an easy course to take, so be sure you understand all of your options beforehand and that you’re comfortable with the consequences of whichever plan you decide to take.

END_OF_DOCUMENT_TOKEN_TO_BE_REPLACED 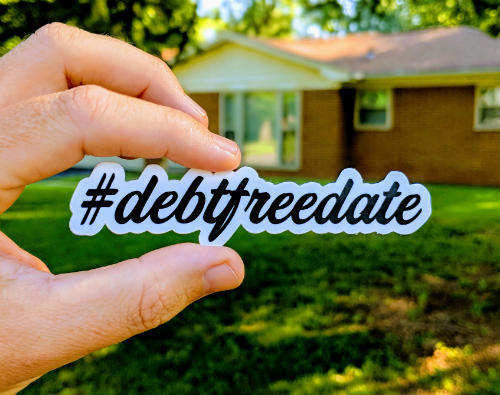 At MMI, we strive to change how America overcomes financial challenges. No matter what's holding you back, we have the education, services, and expert support to help you reach your goals.

Still want to know more?
We have all the information you need to make a smart decision.
Read more

Begin online debt analysis
See how much you can save by consolidating your debt with MMI.
Get Started