Consolidation without a loan
Debt Management Plans
Learn about the nonprofit debt relief option that can help save time and money on your credit card debts.
END_OF_DOCUMENT_TOKEN_TO_BE_REPLACED

Featured Service
Foreclosure Counseling
Housing concerns are on the rise. If you need help, our HUD-certified counselors are here for you.
END_OF_DOCUMENT_TOKEN_TO_BE_REPLACED

Featured Blog Post
What Beginners Should Know About Credit Cards
Used mindfully, credit cards open up all types of convenient doors, but if used unwisely, they can also dig you into a financial hole.
END_OF_DOCUMENT_TOKEN_TO_BE_REPLACED

“I was on the verge of being destitute.”

Joe’s retired now, but his journey with debt began in 1970 as a young newlywed. In hindsight, he realizes he was blinded by love in those early years of marriage.

“She wanted everything new and beautiful,” he recalls. “We upgraded her diamond three times and she expected a destination vacation every year.”

Joe worked in education and often did consulting work to supplement his income. The couple was always in debt and lived paycheck to paycheck throughout the marriage. Financial difficulties were a perpetual issue in the relationship, but Joe always covered at least the minimum payments with his steady income.

Things took a turn for the worse when Joe’s wife filed for divorce after 24 years of marriage. “We lived in a state which allowed a draconian settlement in my wife’s favor. I was ordered to surrender 40% of my retirement plus pay $1,000 in alimony every month for the rest of my life. I had to cover her healthcare costs and was left with all of the credit card debt as well.”

Now alone, Joe continued to struggle to meet all his obligations and, after 35 years in education, tried to retire in 2001. He moved cross country, but realized after three months that he wouldn’t be able to afford retirement. Fortunately, he was recruited for a special consulting program and quickly accepted the position to increase his income.

The new job was based in the expensive rental market of New York City. Joe juggled his high living expenses along with the debt and alimony, but frequently came up short. Some months he was forced to take out cash advances just to stay afloat. He continued to pick up every possible consulting side job to keep up on his obligations.

Joe permanently retired in 2010, once again moving west. While he would have preferred to live alone, he became roommates with another retired bachelor to make ends meet. “I was on the verge of being destitute,” he said. “I had no assets to fall back on and I was in horrible credit card debt.” After moving in, Joe realized the irony of his new address.

“At the peak of my debt, I was living on Camino del Penoso, which means path of hardship.”

It was at this point in life that he felt pressure to face his debt and improve his situation. He realized that he must take initiative because if something happened to his elderly roommate, he wouldn’t be able to afford rent alone. He also wanted to build up his savings to afford unexpected expenses in retirement. “I knew I was stuck with the alimony for life, but the credit card debt didn’t have to be a life sentence. I was carrying $64,000 in debt and paying about $3,000 a month in payments.”

“My friends encouraged me to file bankruptcy,” he scoffed. “But the way I was raised, if you took out a debt you repay it.” It was around this time that Joe noticed that his bank offered financial resources. He inquired about debt consolidation and was immediately referred to Money Management International (MMI). “I’ve been with my bank for 16 years and I am happy with them, so I thought I could probably trust their advice,” he said.

Before calling MMI, Joe researched what to expect from a debt management plan (DMP) and looked to see what others were saying. He’d always been apprehensive about reaching out for help because of all the debt relief scams in the news. “I was initially concerned that it was too good to be true, but when I realized there was no hidden agenda or surprises, my mind was put at ease."

"Upon my first contact with MMI, I knew this was the right place for me to be. My counselor was so wonderful and kind.”

Through MMI’s debt management plan, Joe was able to cut his payments and interest by nearly half. “I was amazed that MMI could reduce my burden so dramatically. I also appreciated that I wasn’t gouged with fees and that MMI treated me like a person, not as someone who had abused my credit. Every person I talked to was supportive and celebrated my progress with me.”

After beginning his DMP, he carefully reviewed his monthly statements to make sure everything was on track. By end of third month he was assured that everything was going planned. After 18 months he was convinced that he would finish the program and that one day soon he would be living without debt.

Joe worked on several different consulting projects during his final year in debt management. He made a large extra payment as soon as he was paid, finishing his DMP five months early. In just 37 determined months he had repaid $62,000.

Upon paying off his debt, Joe was able to buy a certified preowned vehicle after his 13 year-old SUV broke down. He now plans to make a lump payment toward the auto loan and refinance it for a better rate and lower payment, as his credit score continues to increase since finishing his debt management plan.

Joe and his roommate were renting, but after two dislocations when their homes were sold, Joe decided to buy so that they wouldn’t have to worry about being forced to move again. Because he was debt-free, he was able to finance his home, making life more affordable and stable. He qualified for a first time homebuyer program and was able to put $5,000 down, something he never could have afforded in the past.

Joe’s advice to others

“You can live without credit cards, you just have to learn to live on a cash budget and distinguish between needs and wants. If you are with MMI and follow their advice, you are safe."

"You won’t ever pay anything more than you are told at the beginning, and the payment is consistent throughout the program. It’s going to be rough when you first start out because it will still be a large payment, but the huge reduction in interest will help you succeed. Whenever you are feeling uneasy, call and talk to your counselor to get support. MMI changed my life and it can change yours too!”

Joe is a real client. His success is a result of his personal dedication and hard work. Similar results are not guaranteed. 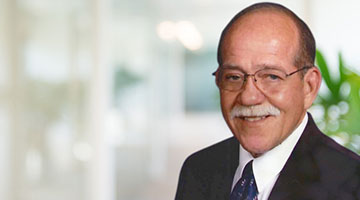 LEARN MORE
Do you have a debt success story? We want to hear it!
END_OF_DOCUMENT_TOKEN_TO_BE_REPLACED

Let their success inspire you to overcome your own challenges!
END_OF_DOCUMENT_TOKEN_TO_BE_REPLACED