Consolidation without a loan
Debt Management Plans
Learn about the nonprofit debt relief option that can help save time and money on your credit card debts.
END_OF_DOCUMENT_TOKEN_TO_BE_REPLACED

Featured Service
Foreclosure Counseling
Housing concerns are on the rise. If you need help, our HUD-certified counselors are here for you.
END_OF_DOCUMENT_TOKEN_TO_BE_REPLACED

Featured Blog Post
What Beginners Should Know About Credit Cards
Used mindfully, credit cards open up all types of convenient doors, but if used unwisely, they can also dig you into a financial hole.
END_OF_DOCUMENT_TOKEN_TO_BE_REPLACED

“Hope is never lost,” says Kathy, a teacher who repaid $40,000 in credit card debt in three years through MMI’s debt management plan (DMP). An accomplishment made even more impressive by the fact that she finished six months ahead of schedule. But it wasn’t always easy.

If you ask Kathy, she will say that she has always had debt, but it wasn’t until her divorce that things got out of hand.

“My ex-husband took anything with cash value and I was stuck with everything that had debt attached to it… plus two kids!” she quips.

Kathy’s divorce resulted in her taking on expenses and debt alone. She refinanced her home a few times over the years, trying to stay afloat. She found that she was putting living expenses on her credit cards, but then could only afford to make the minimum payments. In hindsight, she also saw that she was overspending. The credit card debt began to grow into an unmanageable $40,000 problem.

Not only was she dealing with the debt alone, she was dealing with the crushing stress alone. She couldn’t see any way out. As a teacher, Kathy had ample life insurance and began to feel that she was worth more dead than alive. It was when Kathy seriously contemplated taking her life that she knew she had to do something.

Beyond the stress and worry that she wouldn’t be able to move past her financial challenges, Kathy was hesitant to reach out for help with her debt. And for good reason. Her mother had her own financial problems and had signed up with a debt settlement company, only to find that her creditors were not being paid each month. It was then that Kathy began to explore her own options and came to understand the differences between debt management and debt settlement.

An educator through and through, Kathy did her research before reaching out to anyone about her debt. She looked for reviews online and found MMI to have a lot of positive feedback from former clients. She also noted MMI’s positive rating with the Better Business Bureau.

Most clients say that overcoming their anxiety and making the first call is the hardest part of receiving help from MMI. Kathy was no exception, but she found her counselor to be so empathic and helpful that she quickly felt that she had made the right choice.

A path to success

Kathy’s counselor reviewed her situation and suggested ways that she could bring her budget into balance while working towards her financial goals. She suggested a debt management plan as one option to resolve her debt, but assured Kathy that she could always cancel if her situation didn’t improve. Her counselor also mentioned bankruptcy, but Kathy knew that she wanted to avoid that. She didn’t like that her coworker bragged about how many times she had filed bankruptcy, and she didn’t want to damage her credit score any further. Although she had never missed any payments, other factors had lowered her score to around 650.

Kathy remained engaged in the process, asking a lot of question and following-up frequently as some of her creditors were slow to join the plan. It took a couple of months to get fully set up, but Kathy received significantly reduced interest rates and payments, and a consolidated monthly payment she could afford. Kathy stuck with the payments and after about 18 months she believed success was in her grasp.

Whenever Kathy had a little extra money, like a tax return, she would put it towards the debt. Kathy also made changes to her budget to help her break even and stick to the payments. She found support in her counselor and her son, who helped out financially when she was short on a couple of payments. She stayed motivated by frequently reviewing her progress online so she could see her creditor balances gradually going down.

Kathy was overcome with pride when she made her last payment. She was so excited that she wanted to celebrate. She surprised her whole family by taking them out to dinner and announcing she was debt-free. She was also excited to enter a new school year without debt, since the $850 previously going towards credit card debt each month could now be used towards other goals. Kathy was able to make long-overdue repairs to her home and begin saving more of what she earns.

Nearly seven years away from retirement, Kathy wants to move closer to her kids at that time. She hopes to downsize into a condo or townhome and doesn’t want to be worried about her credit. She feels that by being completely debt-free by the time she retires, she will be financially confident and free from stress. She’s also proud of her improved credit score, which has increased to nearly 800. Kathy recently obtained her first new credit card after completing her debt management plan. She admitted to being a little nervous about managing it, but says she is now more financially aware and looks at every purchase from the perspective of “is this a necessity or is it a want?”

Her advice to others?

Kathy is a real client. Her success is a result of her dedication and resolve. Similar success is not guaranteed. 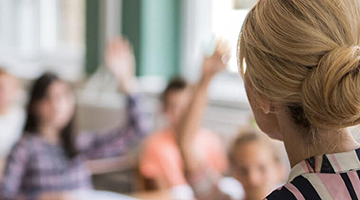