Consolidation without a loan
Debt Management Plans
Learn about the nonprofit debt relief option that can help save time and money on your credit card debts.
END_OF_DOCUMENT_TOKEN_TO_BE_REPLACED

Featured Service
Foreclosure Counseling
Housing concerns are on the rise. If you need help, our HUD-certified counselors are here for you.
END_OF_DOCUMENT_TOKEN_TO_BE_REPLACED

Featured Blog Post
What Beginners Should Know About Credit Cards
Used mindfully, credit cards open up all types of convenient doors, but if used unwisely, they can also dig you into a financial hole.
END_OF_DOCUMENT_TOKEN_TO_BE_REPLACED

"I never want to go back to being afraid."

“I've never been very good at managing my finances,” admits Denise, a consultant who, along with her husband, fell into $52,000 worth of unsecured debt. “This was something that wasn't taught as I was growing up. As I grew up and became independent, I began to apply for credit cards, spending money on purchases and then paying the minimum amount due.”

“I've always been blessed with decent paying jobs, but never in my life actually put a budget into action.”

Living without a plan

Denise and her husband misused credit cards. Despite both having steady income, they found themselves living paycheck to paycheck. “Often times I would use credit cards to buy groceries and necessities and fell further and further into debt.”

Denise and her family found themselves walking a very common financial tightrope. They were doing just well enough to keep pushing forward. It was dangerous, but they made due…until Denise’s husband lost his job. That was the stiff breeze that finally pushed them off the tightrope.

To make ends meet, they dipped into Denise’s husband’s 401(k). He eventually got a new job, but the damage had been done.

There were penalties to pay for the early withdrawals. The new job was freelance work, with no taxes withheld, which left the family with a sizable tax bill come the spring. Denise began to feel like they were never going to get out of debt.

Denise’s brother told her about Money Management International. She started her debt management plan in 2012. At the same time she switched jobs, a positive change that gave her more time to think about her finances – specifically all the little mistakes she’d made over the years that had contributed to her debt problems.

“I managed the finances and did a horrible job communicating where we stood financially,” says Denise. In truth, she was afraid of her debt.

“I never want to go back to being afraid to look at where I stand financially. Ignoring it only makes the situation ten times worse.”

Finally debt-free, Denise feels the experience has drastically changed her approach to personal finance. Her fear is gone, replaced by optimism and watchfulness. “I want to be financially responsible and retire with sufficient income to survive,” she says.

Nowadays, Denise likes to keep herself in check by recording her spending on a daily basis and reviewing it against her budget at the end of the month. “I love the fact that I know where my money goes. This doesn't mean that I hit my budget goals on a monthly basis, but I always know where the money is being spent.”

“I only wish that more people that are in my situation knew that there are options out there.”

Denise is a real client. Her success is a result of her hard work. Similar success is not guaranteed. 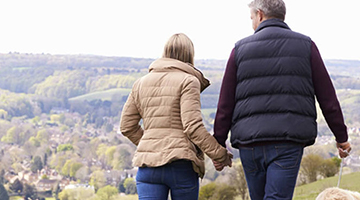 Helping consumers overcome their financial challenges is our top priority. We love sharing your success!
END_OF_DOCUMENT_TOKEN_TO_BE_REPLACED