Consolidation without a loan
Debt Management Plans
Learn about the nonprofit debt relief option that can help save time and money on your credit card debts.
END_OF_DOCUMENT_TOKEN_TO_BE_REPLACED

Featured Service
Foreclosure Counseling
Housing concerns are on the rise. If you need help, our HUD-certified counselors are here for you.
END_OF_DOCUMENT_TOKEN_TO_BE_REPLACED

Featured Blog Post
What Beginners Should Know About Credit Cards
Used mindfully, credit cards open up all types of convenient doors, but if used unwisely, they can also dig you into a financial hole.
END_OF_DOCUMENT_TOKEN_TO_BE_REPLACED

"Little by little, I started going under water."

For some people, debilitating debt arrives all at once. A catastrophic event, a healthcare emergency, or some other unforeseen circumstance derails the hope of a flourishing financial future. For many others, the downward spiral into debt happens slowly and incrementally, one unassuming purchase at a time.

That's Marlon's story. As a young professional in his 20s, Marlon relied on a network of credit cards to supplement his income. When it was time to make a purchase, attend a social function, or schedule a vacation, swiping a credit card was most often the easiest way to overcome his lack of financial resources.

"In my 20s, I used credit cards all the time," Marlon recalls, "I didn't know how to control it. I would max out one credit card before opening a new account."

While each individual purchase felt insignificant, Marlon's debt began to swell. After nearly two decades of supplementing his income with credit cards, Marlon amassed $90,000 in credit card debt. Often opening new accounts to pay off old debts and capitalize on new perks, he became increasingly aware that he had a problem.

As Marlon explains, "I was making the minimum payments, assuming that I would stop using these cards someday. I was wrong. I was never going to pay off my credit card debt making minimum payments."

The breaking point finally arrived in 2016. Marlon's son left home to attend college, presumably offering Marlon a new level of financial flexibility that could allow him to pay off debt more aggressively.

In some ways, Marlon expected the transition to simplify his finances. Rather than paying for his son's day-to-day expenses, Marlon would only have to worry about a college bill. When he attempted to tap equity from his house to pay his son's tuition, he was denied a home equity loan.

"When I sat down and really looked at the numbers, I was shocked,” Marlon laments, "I couldn't even tell you what I got for all those credit card swipes. Yes, I went on a couple of vacations and bought a few things, but mostly I had a luxury car worth of debt and nothing to show for it."

Marlon knew that he was unable to solve this problem on his own. In fact, things were only getting worse, as several accounts had fallen past-due. He needed help and needed it from someone he could trust.

A Sacrifice for Financial Freedom

Ultimately, a recommendation from Bank of America, the same institution that had been unable to approve his home equity loan, pointed Marlon in the right direction, encouraging him to contact MMI for help getting his financial house in order.

"When I called MMI, I spoke with a representative for nearly an hour," Marlon recalls. "They listened to my story, explained the program, and identified a realistic payoff timeline." With MMI, Marlon could make a fixed monthly payment with reduced interest rates that would allow him to pay off his credit card debt in under five years.

During his debt payoff, Marlon had to stop using his credit cards, which in the beginning was the most challenging part, requiring a mindset and process change. Marlon notes, "It made me start looking at what is important.” Despite closing the accounts, the debt management plan helped Marlon reach good standing with the credit bureaus by bringing his accounts current and keeping them current with one automatic payment each month.

Implementing spending limits and a budget can be difficult initially, but the long-term results speak for themselves. Ultimately, the pleasure of progress outweighed the short-lived satisfaction of a credit card purchase for Marlon. "MMI helped me understand that my sacrifices would benefit me in the long run," he says.

Today, Marlon is debt free and a full-fledged financial freedom evangelist. He knows all too well how easily a seemingly innocent debt can accrue until it's a millstone dragging down someone's plans and ambitions. His newfound financial health is reflected in his credit score, which has increased more than 200 points since he began his debt-free journey.

"I couldn't get out of the hole that I was in without help," Marlon asserts. Today, he's made his way out, and just as he's committed to not falling back in himself, he wants to see other people avoid making the same mistakes he made in his 20s.

Little by little, he's making that dream a reality by sharing his story with others.

Marlon is a real client. His success is a result of hard work and dedication. Similar results are not guaranteed. 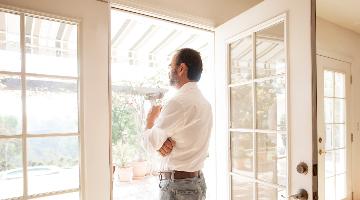 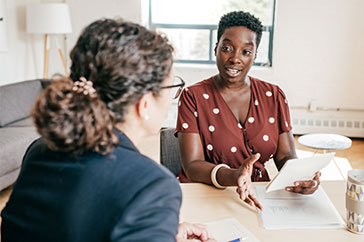 If you're ready to make a change for the better, give us a call! Counseling is free and can change your life.
END_OF_DOCUMENT_TOKEN_TO_BE_REPLACED

Our NFCC-certified counselors are available 24/7.