Consolidation without a loan
Debt Management Plans
Learn about the nonprofit debt relief option that can help save time and money on your credit card debts.
END_OF_DOCUMENT_TOKEN_TO_BE_REPLACED

Featured Service
Foreclosure Counseling
Housing concerns are on the rise. If you need help, our HUD-certified counselors are here for you.
END_OF_DOCUMENT_TOKEN_TO_BE_REPLACED

Featured Blog Post
What Beginners Should Know About Credit Cards
Used mindfully, credit cards open up all types of convenient doors, but if used unwisely, they can also dig you into a financial hole.
END_OF_DOCUMENT_TOKEN_TO_BE_REPLACED

“I was getting ready to turn 40, and I was starting to feel this anxiety,” Jade explains, noting the tension that was growing as her debt load climbed. Jade, a college professor with a PhD, is set to pay off $32,000 after 42 months on a debt management plan with MMI, a startling achievement that has remained elusive for most of her adult life.

Jade, a New Orleans native, is smart and insightful. She understands, better than most, the complicated set of emotions and obligations that can quickly create a seemingly insurmountable debt load. Describing her history with money, Jade notes, “I’ve been in and out of debt a few times, starting when I was 19.”

Her financial picture darkened when she began taking out student loans to pay for her undergraduate degree and, eventually, her PhD program. However, when Hurricane Katrina devastated New Orleans in 2005, it also destroyed Jade’s plans.

“After Katrina, I was supposed to start a PhD program, and the community was hit very hard. The school where I was teaching was basically underwater. I had to cut back on the number of classes I was teaching, and I continued to take out student loans to pay the bills,” Jade remembers.

Even as she struggled to make ends meet, Jade continued to shop, using what she describes as “retail therapy” to quell her stress and anxiety. In addition to buying incredible Christmas and birthday presents for her friends and family, Jade recalls a time where “I would get stressed about something at work or school, so I would go buy new things.”

Eventually, she realized that she was living beyond her means, which was not just financially unsustainable. It was impacting her health and well-being.

The turning point happened gradually and all at once. Reminiscing about the time before she turned her life around, Jade says, “I was getting ready to turn 40, and I was starting to feel this anxiety. I was only making minimum payments across 15-20 credit cards. I sat down one night and calculated how much I was putting down on credit card payments, and I realized it was ridiculous.”

An Education in Debt Management

Frustrated that she didn’t have money to spend on the things that mattered most to her, Jade had finally had enough.

Like the rest of her life, Jade decided that the best way out was to get a new type of education. Most importantly, she wanted to eliminate debt, but she also knew that she would need to learn new habits if she was going to be successful at living debt-free.

A Google search led her to MMI and a credit counselor named Cheryl at MMI, who would go on to become a trusted mentor in Jade’s debt elimination journey. Jade notes, “She was so realistic and honest. I loved that!”

Jade received materials, like a budget plan, to help her assess her financial situation, and then it was time to get to work.

The turning point was a Saturday, the perfect opportunity to walk away without anyone noticing. Jade emailed Cheryl to let her know that she couldn't go through with contacting her creditors. Cheryl replied that day, encouraging Jade to keep calling, and she did.

She also had to stop using her credit cards, which she’d relied on for years to supplement the gap between her desired lifestyle and her current income. It was a challenging change: “At first I was angry. I grieved not having my credit cards.”

That’s why Jade needed support. As an accomplished academic, the concepts of money management were simple and straightforward. Executing on those priorities was undoubtedly more difficult. She explains, “I thought ‘why can’t I do this on my own?’ But I couldn’t, It was just too much. I needed help.”

Ultimately, she had to put in the hard work of organizing her budget, establishing financial priorities, and paying off her debt obligations, something that she’s achieving one month at a time.

This isn’t Jade’s first foray into debt management. This is her third attempt to chart a better path forward. However, as she prepares to complete her debt management plan, she’s certain this is her last.

She’s even getting support from some unexpected places. As a serendipitous sign, and much against her initial wishes, Jade’s beloved dog destroyed every last one of her credit cards, chewing up Jade’s access to easy money in one fell swoop.

She admits this moment was hard: “I cried over my credit cards, but I’m very spiritual, and I realized that this was great for me.”

In many ways, this moment is emblematic of Jade’s entire debt elimination journey. She’s made many dramatic and difficult decisions that, though they seemed painful at the time, have put her on a path to financial freedom and success.

It’s a path she intends to stay on.

“I’m not going back to where I was. I’ll never go there again. I’ve learned so much through this experience. Now, I’d like to take my extra money to double up on my car payments so that I can get that debt out of the way,” said Jade, “I’m starting to think more strategically about money. I’ve never done that before.”

Jade is a real client. Her success is a result of dedication and hard work. Similar results are not guaranteed. 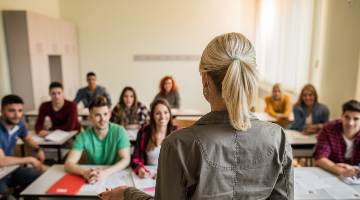 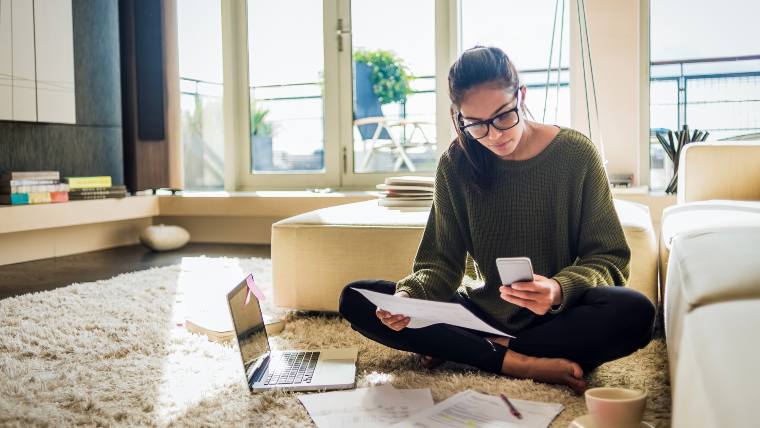 No matter what your challenge may be, chances are good that someone's been where you are today...and came out on top.