Consolidation without a loan
Debt Management Plans
Learn about the nonprofit debt relief option that can help save time and money on your credit card debts.
END_OF_DOCUMENT_TOKEN_TO_BE_REPLACED

Featured Service
Foreclosure Counseling
Housing concerns are on the rise. If you need help, our HUD-certified counselors are here for you.
END_OF_DOCUMENT_TOKEN_TO_BE_REPLACED

Featured Blog Post
What Beginners Should Know About Credit Cards
Used mindfully, credit cards open up all types of convenient doors, but if used unwisely, they can also dig you into a financial hole.
END_OF_DOCUMENT_TOKEN_TO_BE_REPLACED

What Happens if You Owe Money to a Company That Goes Bankrupt?

by Louis DeNicola on in Repaying Debt 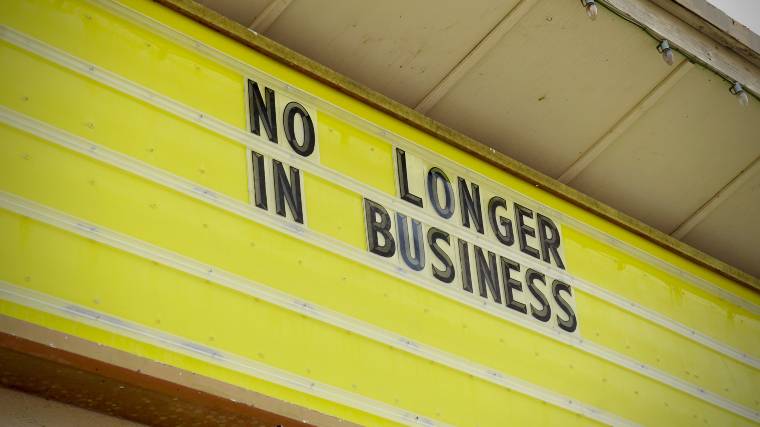 The following is presented for informational purposes only and is not intended as legal advice. For help with your unique situation, always contact an attorney who specializes in your area of concern.

When you take out a loan, you agree to repay the money under the terms of the contract. But imagine you get a notice or see on the news that your lender or loan servicer goes bankrupt. What then?

“When the creditor goes belly up, the legal successor in interest has the right to collect the debt,” says L. Burke Files, who’s been a financial investigator for about 30 years and has worked with debt buyers and debtors whose creditors went bankrupt. "You, as the debtor, still owe the money, but who has the legal right to collect?"

It’s an important question, and the answer may dictate your next steps.

You may need to pay the new owner of your debt

When a company goes bankrupt, it likely owes others money — and they don’t want to be left unpaid. Your debt is one of the company’s assets, and during the bankruptcy, a trustee may try to collect your debt to help settle the company’s accounts.

In other cases, the company may have sold the right to your debt to a third-party debt collector. The buyers could have even bought a large portfolio of debts, including yours, and gotten a discount. For example, paying 10 cents for each dollar of debt owed.

You should have received a notification stating how much is owed and what the debt was for, and that they have the legal right to collect from you. Don’t ignore a notice from the new collector.

However, you could respond and ask for proof that they are the lawful owner of the debt before starting to make payments, says Burke. Also, learn about your rights, as federal law prohibits debts collector from harassing or threatening debtors.

You may also want to consider negotiating a settlement with the new collector. “They will be willing to cut deals – such as allowing the debtor to pay as little as 20 to 30 percent of what was originally owed to settle the matter,” says Burke.

If there’s no legal successor or debt buyer, you might not have to make payments

If no one reaches out to you, you may want to send a letter to your original creditor stating that you want to repay the debt and are willing to once you receive proof from the legal successor. If you don’t hear back and still aren’t contacting by a collection agency, you might be able to stop sending payments. After all, who would pay?

The debt still exists, and a debt buyer may be able to purchase it later. However, after the statute of limitations on the debt passes (the period when a creditor can sue you to force payment) even a debt collector might not be able to collect.

The statute of limitations varies by state and type of debt but is often between three and 10 years. Be careful, though, as making a payment or acknowledging you owe the debt could reset the clock on so-called time-barred debts.

Matters could be more complicated with secured debts

The above scenarios may be relatively straightforward for unsecured debts, such as a personal loan or credit account. However, if you took out a secured loan, such as an auto loan, mortgage, home equity loan, or home equity line of credit, there may be a lien on your property. You may have to clear the lien by repaying the debt before you can sell the vehicle or home, or refinance the loan.

“This happened to a client,” says Burke. “It was a small home improvement loan from a local builder… The title report found the lien and required the lien to pay off. They were more than willing to do so, but the builder was gone, the bankruptcy discharged, and no one had authority to take the funds or release the lien.”

Burke says the matter was finally resolved, but the client had to forgo selling the home and wound up paying over $10,000 in legal fees (the lien was for about $12,000). The process took two years and required a quiet title action, a legal proceeding that could prove you’re the rightful owner and clear liens.

You’ll likely have to finish paying your loan

If your creditor is a large bank or credit card issuer, chances are they won’t go under. And if they do, their debt (or the entire company) may be bought. However, with smaller lenders, particularly when you’re borrowing directly from a service provider, the company could go under without a legal successor stepping in to collect.

Your debt doesn’t disappear, even if your debtor goes under. But in some situations, you may not have to continue making payments and the debt may eventually be time-barred.

In the meantime, if you’re currently having trouble managing your debt payments, we can help. Connect with a counselor to see how much you could save with a debt management plan.

Tagged in Laws and legal questions

Consolidation without a loan? See how a debt management plan can help improve your debt situation.
END_OF_DOCUMENT_TOKEN_TO_BE_REPLACED