Consolidation without a loan
Debt Management Plans
Learn about the nonprofit debt relief option that can help save time and money on your credit card debts.
END_OF_DOCUMENT_TOKEN_TO_BE_REPLACED

Featured Service
Foreclosure Counseling
Housing concerns are on the rise. If you need help, our HUD-certified counselors are here for you.
END_OF_DOCUMENT_TOKEN_TO_BE_REPLACED

Featured Blog Post
What Beginners Should Know About Credit Cards
Used mindfully, credit cards open up all types of convenient doors, but if used unwisely, they can also dig you into a financial hole.
END_OF_DOCUMENT_TOKEN_TO_BE_REPLACED

What Happens if You Ignore Debt Collectors and Unpaid Debts? 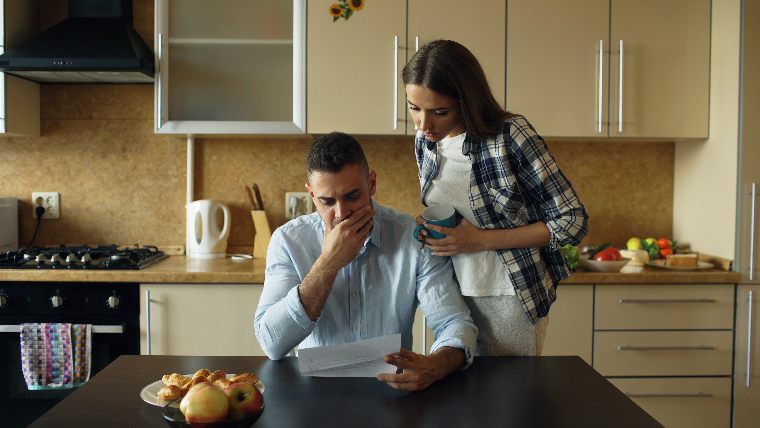 The following is presented for informational purposes only. Please consult with an attorney for legal advice.

Sometimes the money just isn’t there. Things happen, circumstances change, and you’re not able to keep up on your bills.

If it’s happened to you, you know what happens next:

On and on it goes. Except debt collectors can go beyond simply calling and writing you for the money. They can take you to court. If you’ve got old delinquent debts you need to beware, because creditors are more willing than ever to use wage garnishments to get their money.

When will creditors sue for a delinquent debt?

If you’re not able to do much about it, there’s often a temptation to simply ignore delinquent debts. Ignore the calls. Throw away the letters. Just wait for it to all blow over.

But will it blow over? On certain debts, yes, the collector may never move beyond calls and letters. Your credit would be damaged, but eventually the unpaid debt would fall off your credit report and outside the statute of limitations established by your state.

"Litigation is a very high-cost mechanism for trying to collect a debt," said Rob Foehl, general counsel at the Association of Credit and Collection Professionals. "It's really only a small percentage of outstanding debts that go through the process."

So when are creditors willing to sue? While researching debt collection trends in and around Newark, NJ, writers for ProPublica found that in Essex County, NJ debt buyers took consumers to court when their outstanding balance hit an average of $2,367. With major banks in the same location, the average balance for debts that went to court was $3,433.

Does that mean you need to owe thousands of dollars before you should start worrying about a collector taking legal action? Not necessarily. Every creditor has their own standards.

For example, the Metropolitan St. Louis Sewer District (MSD), which services millions of residents every month, had a problem with delinquent accounts. As you can’t just turn off sewer service, even on a deeply delinquent account, MSD began to lean on the courts for help. In 2010, they had brought lawsuits against 3,000 customers in pursuit of unpaid account balances. In 2011, that number nearly quadrupled to 11,000.

MSD is willing to file suit over debts as small as $350. The average balance on MSD accounts where garnishment has been sought is $1,300.

What debt collectors can take

Your potential wage garnishment depends on your state of residence. The maximum amount that can be garnished for the purpose of repaying consumer debts is 25%, which is the limit set by federal law. Some states have tighter restrictions which may reduce the amount that can be taken out of your paycheck. In Massachusetts, for example, the limit is 15% of your gross income.

Disposable income, unfortunately, doesn’t mean “extra money left over after you’ve paid your other bills.” It’s just your gross income after taxes. Which means, depending on where you live, a creditor may be able to seize a full quarter of every paycheck before those funds ever hit your bank account.

Additionally, it’s important to know that in many states creditors can continue to add interest charges to an account even after the judgment. That means even as your paycheck is being garnished to pay an old debt, the balance on that debt can continue to rise, making it even more difficult to repay.

How to protect yourself

If you receive a summons, it’s very important that you go to court at the appointed time. Prior to that, verify that the debt is accurate by requesting that the creditor provide you with written proof of your debt obligation.

If you’re able to do so, speak with a qualified attorney. Many states have special consumer protections that may apply to you and an attorney can help you understand your rights.

If you can’t afford an attorney and you can’t afford to arrange a repayment plan directly with the creditor, you still need to go to court. The judge has the ability to provide some level of leniency, but if you don’t show up to plead your case, the creditor will almost definitely win by default and get the maximum garnishment allowed.

When you’ve got no money to spare, it’s natural to want to ignore your debts until they all go away. Unfortunately, that rarely works out very well. And with creditors more willing than ever to take you to court and take a chunk of your paycheck, you really can’t afford to ignore your debts. Because if things are tough now, imagine how much tougher they’ll be when you’ve got 25% less income than you had before.

Struggling with debt? A debt management plan may be able to help reduce your monthly payments, accelerate your debt repayment, and save you money in the process. See if one is right for you.

Consolidation without a loan? See how a debt management plan can help improve your debt situation.
END_OF_DOCUMENT_TOKEN_TO_BE_REPLACED