Consolidation without a loan
Debt Management Plans
Learn about the nonprofit debt relief option that can help save time and money on your credit card debts.
END_OF_DOCUMENT_TOKEN_TO_BE_REPLACED

Featured Service
Foreclosure Counseling
Housing concerns are on the rise. If you need help, our HUD-certified counselors are here for you.
END_OF_DOCUMENT_TOKEN_TO_BE_REPLACED

Featured Blog Post
What Beginners Should Know About Credit Cards
Used mindfully, credit cards open up all types of convenient doors, but if used unwisely, they can also dig you into a financial hole.
END_OF_DOCUMENT_TOKEN_TO_BE_REPLACED

Does Power of Attorney Make You Responsible for Someone Else's Debts? 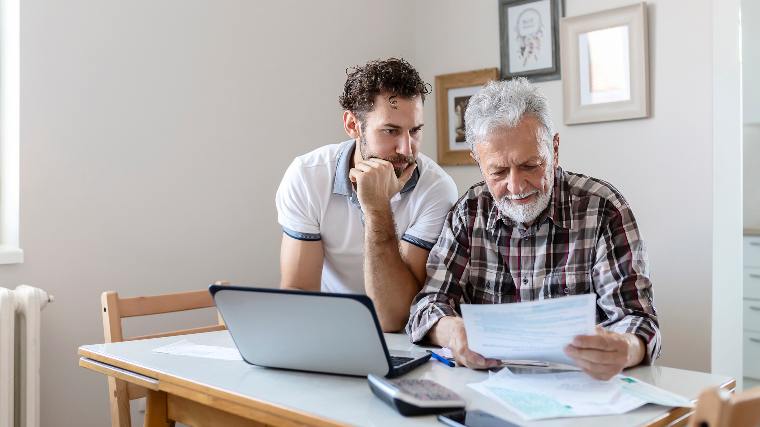 The following is provided for informational purposes only and is not intended as legal advice.

A signed power of attorney (POA) gives you ability to manage the financial and legal affairs of a loved one or trusted friend. It can especially useful if you have a family member who can no longer manage their own affairs and you've been chosen to help them make decisions and handle day-to-day business.

But what are your responsibilities as a POA? And if you're serving as the POA for someone who can't make payments on debts or other bills, do you have to make those payments personally?

Your financial responsibilities as a power of attorney

The question came up when a reader, who was serving as POA for her mother, was told by a debt collector that if the mother couldn't make payments, then as the POA, she would need to. She then asked us, "Is that true?"

First thing first – if you're not named anywhere on the accounts in question, chances are good that you're not personally responsible for repaying them. If you're a cosigner, then yes, you would be responsible, but that has nothing to do with being a power of attorney.

So while, as a POA, you don't need to pay the principal's bills out of your own pocket, you do have some important financial responsibilities. Through the POA, you serve as an agent and fiduciary for the principal. That role makes you responsible for properly managing their money, assets, and debts. And that includes decisions on how to handle their debts.

If you're helping a friend or family member with more debt than they can handle, be sure to connect with a nonprofit financial counseling agency like MMI. They may qualify for a budget-friendly debt repayment plan.

Acting in the principal’s best interest

According to the guidelines created by the Consumer Financial Protection Bureau, an attorney-in-fact (which is what you become after the POA is signed) has four basic duties. They must

So if the principal has unpaid debts, what’s in their best interest?

If they have the funds necessary to repay these debts without causing an undue financial burden or potentially putting themselves at risk, then using those funds to repay the debts is probably the fastest, easiest way to resolve the issue.

But what if they don't have the money?

Choosing not to pay

If you simply stop making payments and cease communications with a creditor you should expect the following:

As attorney-in-fact, you're tasked with understanding the consequences and picking the path that makes the most sense for the principal. For an elderly parent, for example, the threat of a poor credit score or potential garnishment may not mean that much. And for yourself, again, the POA doesn't link you to the principal's debts. If you wouldn't be legally responsible without the POA, you almost certainly won't be legally responsible with it.

Ultimately, if the dispute is around a sizeable amount of money, it may be in your best interest to speak with a qualified attorney before making any decisions. Because some sources of income (such as Social Security benefits) are protected from garnishment (to an extent), there are certain instances where account holders with limited assets and protected income are advised to stop making debt payments. An attorney is best suited to help you understand the potential consequences of nonpayment.

While you aren't financial liable, as the attorney-in-fact, you're still the point of contact for the principal's debts. Creditors have a right to attempt to collect the funds that are owed. They don’t, however, have a right to harass you.

Read up on your rights when dealing with a debt collector.

For the sake of the principal and yourself, make every effort to communicate your intentions with every creditor. Keep track of your communications, as well as any transactions. When handling someone else’s funds, it’s best to be as transparent as possible.

Consolidation without a loan? See how a debt management plan can help improve your debt situation.
END_OF_DOCUMENT_TOKEN_TO_BE_REPLACED