Consolidation without a loan
Debt Management Plans
Learn about the nonprofit debt relief option that can help save time and money on your credit card debts.
END_OF_DOCUMENT_TOKEN_TO_BE_REPLACED

Featured Service
Foreclosure Counseling
Housing concerns are on the rise. If you need help, our HUD-certified counselors are here for you.
END_OF_DOCUMENT_TOKEN_TO_BE_REPLACED

Featured Blog Post
What Beginners Should Know About Credit Cards
Used mindfully, credit cards open up all types of convenient doors, but if used unwisely, they can also dig you into a financial hole.
END_OF_DOCUMENT_TOKEN_TO_BE_REPLACED

Warning Signs Someone is in Debt 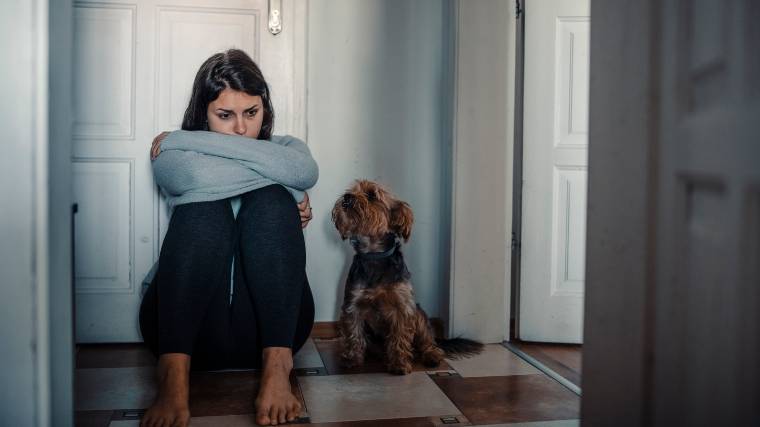 A reader had questions about some mail a loved one had been receiving. This family member had had some trouble with debt a number of years ago. Now they were receiving letters from companies claiming to offer “credit card relief.”

“Obviously I want to believe him when he says he doesn't owe debt right now,” the writer goes on to say, “but it's pretty obvious I have my doubts because I am asking you for advice. Why do those letters come? Is he in debt right now? How much debt does one accumulate and for how long before those letters start coming?”

It’s understandable to be concerned about a loved one who’s previously struggled with debt – especially if they’ve been inclined to try and hide their problems in the past. However, letters simply promoting some form of debt repayment program are not a clear indication of a current problem.

“Credit card relief” is often (but not always) another way to say debt settlement. Companies offering debt settlement or credit card relief to consumers who have struggled with debt in the past are essentially just advertising their services to the population most likely to need those services. It has nothing to do with someone’s actual current circumstances. Keep in mind, a debt settlement company does not have the right to pull someone’s credit report, so there’s no way for them to know who is in debt and who isn’t.

It is possible, though, that the debt settlement company sent these letters as the result of a direct inquiry from the consumer. The family member in question may have contacted the settlement company looking for information about the solutions they offer and received the letters as a result. If this were the case, obviously it would be an indication that they are at least concerned about their debt.

Everyone's experience with debt (and shame, for that matter) looks a little different, so the signs of a growing problem with debt will differ from person to person. That said, there are a few common signs that someone you care about is struggling with debt.

Here’s the part of the article where I remind everyone that you really shouldn’t be going through someone else’s mail. Stealing mail and tampering with mail are both felony offenses. And while there’s no law against taking a good long look at the unopened envelope of a letter addressed to someone else living in your house, you should always strive to do your best to respect the privacy of others.

That said, if you notice a loved one has started receiving letters from companies you can identify as collection agencies, that’s an indication they may be struggling with debt. If they begin receiving multiple phone calls a day that they either ignore or hang up on immediately, that could be a sign that someone is attempting to collect on an unpaid debt.

Assuming you have some sense of a loved one's financial situation, you can probably tell (without knowing all the details) when their spending seems out of line with their means. If you they make lavish purchases that seem well beyond what they can normally afford, or if you know for a fact that their income has dropped (or stopped outright) but they continue to spend as normal, those can both be warning signs that they're leaning on credit and creating debt.

Personal finance can be a very personal subject. Quite a few people don't like to discuss the coming and going of their money. If you're concerned about someone's debt situation, what you're really looking for is a change in how they talk (or don't talk) about money. If they seem overly defensive about purchases or more closed off than usual, that may be a sign that something is wrong.

If you have reason to believe that someone you care about may be struggling with debt, your best bet is to simply let them know that you’re there, that no one is judging them, and that help is available should they need it.

And if you think they might benefit from confidential, unbiased, and judgment free counseling, MMI offers credit counseling for free, 24/7.

Consolidation without a loan? See how a debt management plan can help improve your debt situation.
END_OF_DOCUMENT_TOKEN_TO_BE_REPLACED