Most Need Help With
Credit Card Debt
Fortunately we can help take away the pain and uncertainty of overwhelming debt.
END_OF_DOCUMENT_TOKEN_TO_BE_REPLACED

Most Popular Service
Debt Management Plans
Consolidation without a loan. Discover the benefits of this budget-friendly debt repayment option.
END_OF_DOCUMENT_TOKEN_TO_BE_REPLACED

Featured Blog Post
Major Debt Collection Changes Coming in 2021
Debt collectors may soon be in your text messages and DMs. Here are all the major debt collection changes coming later this year.
END_OF_DOCUMENT_TOKEN_TO_BE_REPLACED

END_OF_DOCUMENT_TOKEN_TO_BE_REPLACED

Featured Budget Guide
How to Rebuild Your Credit After a Setback

When money's tight, bills sometimes don't get paid. If your credit's taken a hit, there are plenty of ways to begin healing your credit history. Here's how.

END_OF_DOCUMENT_TOKEN_TO_BE_REPLACED

Is buying a house a good investment?

by Jesse Campbell on in Housing and Homeownership

The American Dream used to be pretty static. Good job. Stable relationship. House in the suburbs. Back yard for cookouts. White picket fence. Maybe even a dishwasher for good measure.

While that vision still represents a dream for many Americans, the idea that any one image of prosperity and success would be the dream for all of us is a little ridiculous once you start to think about it. Some people don’t want a family. Some people like trying lots of different jobs. Some people hate cookouts and like doing their own dishes, thank you kindly.

And some people don’t want the hassle of owning their own home.

A 2013 survey commissioned by the MacArthur Foundation found that while 7 out of 10 renters would still like to own a home someday, 57 percent believe that buying a home has become less appealing. Meanwhile, 45 percent of current homeowners can seriously see themselves renting at some point in the future.

And as for the American Dream? Three out of five adults (renters and homeowners) believe that homeownership is no longer an essential element of the “American Dream.”

So while many media outlets and realtors are imploring people to shake off the debris of 2008 and buy a house ASAP, the mere fact that it’s a “buyer’s market” doesn’t necessarily mean that buying is right for you. So, how do you know if homeownership is right for you?

Where are you going? Is the answer “nowhere”? Then buying a home might be the right decision. Unless you’re planning on flipping your home, the key to the “buying a home is financially smart” argument is that you’re making an investment. Over time you’re building equity in your home, which isn’t happening when you rent. So if your future is a little uncertain and you aren’t quite 100 percent settled, buying a home is a touch dangerous. Selling a home after a short period can be costly.

How flexible do you need to be? Again, homeownership really works best when you’re able to make the commitment to stay where you are for the long haul. Owning a home makes something like moving for a career opportunity difficult (though not impossible).

Can you handle being responsible for everything that goes wrong? Things happen when you own a home. Plumbing. Heating, Electricity. Leaks here. Raccoons in the ceiling there. You don’t necessarily have to have the skills to fix all of these problems on your own, but they’re your responsibility. You have to find someone who can fix it and then pay them, because there isn’t a landlord to handle that for you.

Do you feel confident in your ability to pay? Buying a house is an investment and a commitment. No one plans on defaulting on a home loan, but a large factor in the collapse of 2008 was the thousands (if not millions) of consumers who had been talked into purchasing homes they could not afford. Your financial situation should be the primary consideration when buying a house – not how “good” the market is at that moment.

The basic mathematics of homeownership are always going to be favorable. Buying something almost always makes more sense than renting. But don’t get swept up in hype and rhetoric. Make sure that when you buy a home it’s the right decision for you. 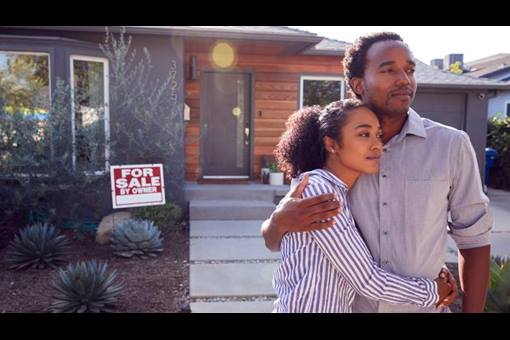 MMI offers a variety of housing counseling options. Connect with one of our trained counselors for one-on-one assistance.
END_OF_DOCUMENT_TOKEN_TO_BE_REPLACED
Facebook