Consolidation without a loan
Debt Management Plans
Learn about the nonprofit debt relief option that can help save time and money on your credit card debts.
END_OF_DOCUMENT_TOKEN_TO_BE_REPLACED

Featured Service
Foreclosure Counseling
Housing concerns are on the rise. If you need help, our HUD-certified counselors are here for you.
END_OF_DOCUMENT_TOKEN_TO_BE_REPLACED

Featured Blog Post
What Beginners Should Know About Credit Cards
Used mindfully, credit cards open up all types of convenient doors, but if used unwisely, they can also dig you into a financial hole.
END_OF_DOCUMENT_TOKEN_TO_BE_REPLACED

How to Protect Yourself and Your Rights When Working Side Gigs

by Jackie Lam on in Consumer Protection 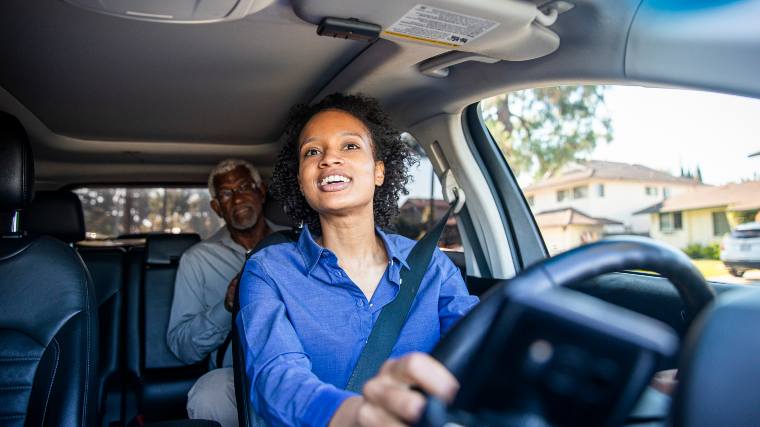 The following is presented for informational purposes only.

Do you earn income through side hustles? Whether you’re selling goods online, dog walking on the side, or creating logos as a graphic designer, you’re in good company.

According to the Freelancing in America 2019 report, which is released annually by Upwork and the Freelancers Union, 57 million American workers — or 35% — are freelancing.

That being said, many side hustlers and gig economy workers are armies of one and might be in the dark about their rights. If you find yourself steering through legal hot water, how can you best protect yourself and your side business?

Even if you’re side hustling to earn some cash on the side, it’s important to know how to best advocate for yourself should you find yourself in a financial or legal bind. Here’s how freelancers, particularly gig economy workers and side hustlers, can go about doing so:

Understand How the Law Applies to You

First things first: Gig economy workers need to know a few areas of the law and how the law applies to them, explains Tristan Blaine, Esq., an attorney for freelancers, author of Law Is Not for Lawyers (It’s for Everyone) and founder of Law Soup.

The most basic issue — and one that is in flux right now — is whether the law considers you to be an employee or an independent contractor. “As an employee, you have the protections of employment law, including required breaks and overtime pay,” says Blaine. “However, for many gig workers and freelancers, these issues are not a major concern, and they prefer certain freedoms of independent contractor status, such as the ability to take gigs or not.”

Stay on Top of Changes in the Law

Keep in mind that state and federal laws on this issue are being written and rewritten right now, points out Blaine. “The good news is that gig workers currently have a unique opportunity to weigh in and advocate for their preference as to how their work should be treated by the law,” he says.

Know Your Rights as an Employee

If you’re considered an employee, make sure to read up on all your employee rights, suggests Blaine. Employee rights vary by state and can change, so you’ll want to stay on top of any changes to state law. Does something seem off with an employer? If so, reach out to an employment law lawyer to discuss, says Blaine. “Most employment lawyers will offer a free consultation to determine whether you have a case,” says Blaine. “If they think you have a good case, they often take it on at no upfront cost to you, but will instead take a percentage of any money you win.”

That being said, know what the legal fees will be before you decide to work with an attorney. Depending on what you’re hiring them to do, some attorneys have a retainer or charge an hourly rate. If you’re asking an employment law attorney to review a contract, they might charge a flat fee.

Familiarize Yourself With Contract Law

In that case, you should familiarize yourself with contract law, recommends Blaine. That’s so you can have an idea of whether a work-related contract is fair or not. It will also help you wrap your head around what a contract should or shouldn’t include in the type of work you do and the industries you do work in.

“Of course, it’s always a good idea to have a lawyer review and potentially draft these contracts, if possible,” says Blaine.

Know the Basics of Business Law and Taxes

Is being a sole proprietorship the best structure for your business, or would an LLC be the stronger choice? And depending on several factors such as how much money you’re earning through your business, what deductions and exemptions you qualify for, and the like, you might consider having an S-Corp tax election.

Depending on where you live, you might be required to obtain a business license, business permit, or a business tax registration certificate. And you’ll also want to know what types of taxes at the federal, state, and local level you’re responsible for paying.

On the flip side, staying in the know as to what business expenses you can deduct will help you lower your taxable income. It’s also important to know how taking on side hustles can affect your tax situation.

Know Where to Find Professional Help

Reach out to fellow side hustlers to see if they have any attorneys they can recommend. You’ll want to work with an attorney who understands the rights of freelancers and self-employed folks.

For instance, if you live in California, the nonprofit organization California Lawyers for the Arts offers mediation, workshops, and resources for independents. And you can also try reaching out to SCORE, which is a nationwide nonprofit that provides free business mentoring and education. They might have resources or information on working with an attorney.

Make the most of every dollar and start building toward your dreams! Budget counseling is FREE and available 24/7.
END_OF_DOCUMENT_TOKEN_TO_BE_REPLACED