Consolidation without a loan
Debt Management Plans
Learn about the nonprofit debt relief option that can help save time and money on your credit card debts.
END_OF_DOCUMENT_TOKEN_TO_BE_REPLACED

Featured Service
Foreclosure Counseling
Housing concerns are on the rise. If you need help, our HUD-certified counselors are here for you.
END_OF_DOCUMENT_TOKEN_TO_BE_REPLACED

Featured Blog Post
What Beginners Should Know About Credit Cards
Used mindfully, credit cards open up all types of convenient doors, but if used unwisely, they can also dig you into a financial hole.
END_OF_DOCUMENT_TOKEN_TO_BE_REPLACED

How to keep emotional spending in check 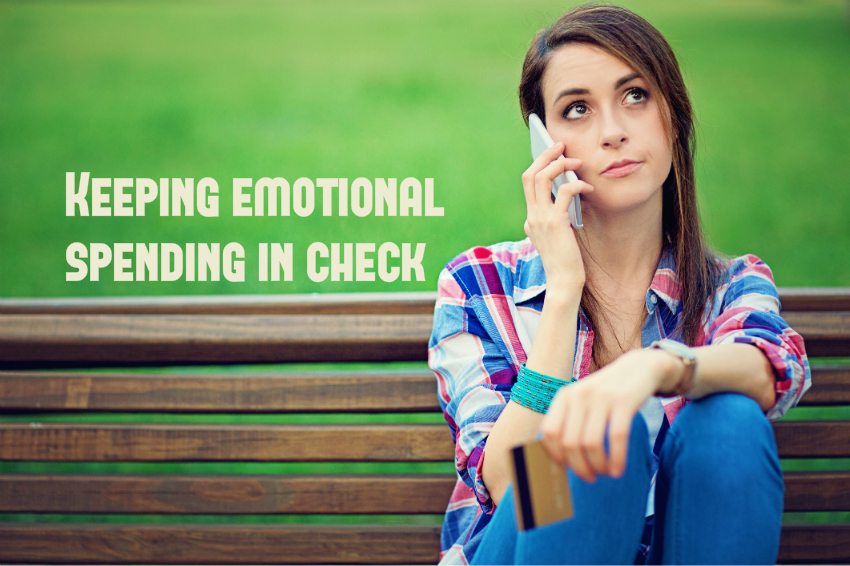 Would you classify yourself as an emotional spender?

Emotions play a much larger role in how you manage money than you may have ever guessed. In fact, emotions play a major role in all of the choices we make. Fear, sadness, joy, excitement, and every emotion in between can push us towards certain actions and away from others. It’s especially noticeable in personal finance, where many people find themselves making damaging spending choices in response to negative emotions.

In a recent survey from NerdWallet, almost half (49 percent) of all respondents admitted that their emotions have influenced them to make purchases they couldn’t afford. This can be especially damaging if you spend as a response to stress, creating additional debt, which creates a new source of stress, and pushes you into a cycle of spending, stress, and more spending.

Breaking away from emotional spending isn’t easy. It takes time and effort. But if you can no longer afford to let your emotions dictate how you spend your money, consider the following five step action plan.

Recognize how emotions influence your spending

According to that NerdWallet survey, of the many emotions that can influence your spending, stress, excitement, and sadness are the three most common.

So your first step is to attempt to understand which emotions impact your spending habits. If it’s not immediately obvious, try to think back on some of your more questionable financial decisions. What was your state of mind? Were you feeling depressed? Were you riding high after a big achievement?

There may be multiple emotional states that trigger your spending. Keep track of all those triggering emotions.

Recognize how spending makes you feel

If you turn to shopping as a coping mechanism, it’s likely because shopping provides some sort of positive (if temporary) feedback. Emotional spending is a means to an end, and the end isn’t really the products or services that you buy. It’s the feeling you get in the moment of purchase. So what is that feeling?

It may be a sense of control, when other things around you seem out of control. It may be a simple distraction – something to be excited about. It may be a form of validation or a prize you give yourself in recognition of an accomplishment.

Once you’ve located those two feelings – the feeling that causes you to spend, and the feeling that spending creates – then you can start working on developing financially healthier alternatives.

For many (especially those who struggle with overspending), shopping has been shown to release endorphins, which are chemicals in your brain that can trigger positive feelings throughout your body. Someone dealing with sadness or depression, therefore, may turn to shopping for the brief rush of endorphins and the positive feelings that follow.

Endorphins, however, can be released in any number of ways, including exercise, laughter, enjoying certain foods, or smelling certain scents. In moments of sadness, you may automatically turn to shopping because that’s proven effective in the past. But alternative (significantly less expensive) methods exist. You simply need to sort out which ones work for you.

If you’re an emotional spender, you’ve likely been doing it for a while. It’s become a habit and a preferred coping mechanism. In order to make a change, you can’t simply wait until you’re experiencing those triggering emotions and assume you’ll choose the healthier alternative. You need to practice.

Try to make those alternatives to spending a part of your regular routine. Practice helps make those methods second nature, making it less likely you’ll automatically default to unnecessary spending.

Put blockers in place to slow your bad habits down

Getting away from destructive emotional spending doesn’t happen overnight. It’s a process. And while you’re working on building up alternatives to spending, you can do yourself a lot of favors by simply making it harder for yourself to make those emotional purchases.

Delete your banking and credit card information from your preferred shopping sites. Have a loved one hold on to your cards and account information until you need to make a purchase. Anything you can do to simply slow yourself down will give you a better chance to stop, reconsider your actions, and pick a better path.

Again – it’s not easy. You shouldn’t feel bad if you have a setback. Just focus on what went wrong and make an effort to get better. Try to involve trusted loved ones in the process, if possible. With a little hard work and a smart plan, you can make a change that will pay big dividends for years to come.

Make the most of every dollar and start building toward your dreams! Budget counseling is FREE and available 24/7.
END_OF_DOCUMENT_TOKEN_TO_BE_REPLACED