Consolidation without a loan
Debt Management Plans
Learn about the nonprofit debt relief option that can help save time and money on your credit card debts.
END_OF_DOCUMENT_TOKEN_TO_BE_REPLACED

Featured Service
Foreclosure Counseling
Housing concerns are on the rise. If you need help, our HUD-certified counselors are here for you.
END_OF_DOCUMENT_TOKEN_TO_BE_REPLACED

Featured Blog Post
Do I Have to Pay Taxes on Unemployment Benefits?
Here's everything you need to know about who charges tax on unemployment benefits and how much it may cost you.
END_OF_DOCUMENT_TOKEN_TO_BE_REPLACED

How Cognitive Bias Costs you Money 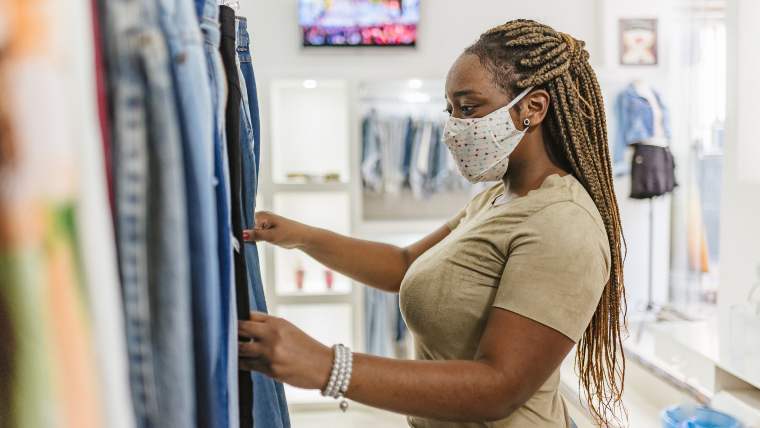 When you’re driving on the highway and a car cuts in front of you, there's a good chance you're going to assume that the other driver is being some combination of rude, aggressive, or inattentive. And that may be partially true, but it's a judgment we make after only seeing a relatively narrow slice of the event.

In truth, you don't know why the car suddenly jumped in front of you at an unexpected moment. Moreover, you probably don't know anything at all about the driver or their situation. In your mind, however, you're probably quick to assume you're dealing with – at best – a bad driver.

Now let’s say that the other driver swerved into your lane because something happened in their lane that forced them to jump out of the lane or risk an accident. Or perhaps they’d been desperately trying to change lanes for a while because they needed to reach an oncoming exit. Or maybe someone in the car is having a medical emergency and they’re in a hurry.

There could be any number of situational reasons for that driver to have done what they did, but in most cases it's our natural tendency to place most of the blame or credit for an action on the personality of the actor and not on the situation that may have prompted the action.

That tendency to emphasize the role of someone’s personality over situational factors is known as the Fundamental Attribution Error (FAE).

FAE is just one example of cognitive bias, where we essentially trick ourselves into making potentially illogical judgments or decisions because we’re subconsciously unable to see the full picture. Without knowing that it’s happening, we become so clouded by certain ingrained assumptions that we lose the ability to be truly objective and free from prejudice.

On the highway that may result in a few misplaced curse words. When it comes to your finances, however, it could end up costing you a lot of money.

Common Biases that Cost you Money

Biases tend to operate in packs. You’ll often find that your decisions are driven, in large part, by a variety of corresponding biases.

Status quo bias is the tendency to keep doing what you’re already doing. You’re comfortable with how things are and the choices you’ve made in the past, so you become biased towards the familiar.

This often turns into a form of brand loyalty – you may find yourself repeatedly buying from a small circle of companies not because their products are the best or are even the right fit for you, but because those are simply the companies you’ve purchased from in the past.

Confirmation bias impedes your ability to make objective choices. If you like shopping at Best Buy, for example, because that’s where you’ve always shopped (status quo bias), you’ll be more apt to pay attention to information that supports the idea that shopping at Best Buy is a good thing, and less receptive to information that suggests otherwise.

Self-serving bias, meanwhile, is the tendency to think that good things happen because of choices you’ve made, while bad things happen for reasons outside of your control. When you end the month with a financial surplus, that’s because you had made a great plan and executed on it. When you come up short for the month, that’s because something came up and there really wasn’t anything you could have done about it.

The reality, of course, is somewhere in between. But by giving yourself too much credit for the good and not enough blame for the bad, you never really understand or accept that you need help or that things need to change.

Breaking Free from Your Biases

There are quite a few different biases out there, but ultimately, from a personal finance perspective, the big problem with cognitive bias is that it prevents you from learning and improving. When you’re prejudiced to make certain decisions, you unnecessarily close yourself off from other options and possibilities that may potentially be better for you.

There’s a reason advertisers are keenly aware of the effect cognitive bias has on an audience. By manipulating your subconscious biases, advertisers get you to make choices that aren’t in your best interest (even if you think they are). So take a moment to think about your particular biases and how they impact the way you handle your money. Why are you making the choices that you’re making? Are you allowing yourself to see the full picture?

Start by simply challenging some of the daily assumptions that fuel your spending habits:

Bias plays an undeniable part in how we think and how we make decisions. You don’t have to change everything about your tendencies, but you should strive to be aware of the real reason why you make the choices that you do. Every spending, saving, and investing choice you make is important. The least you can do is give yourself all the facts.

Make the most of every dollar and start building toward your dreams! Budget counseling is FREE and available 24/7.
END_OF_DOCUMENT_TOKEN_TO_BE_REPLACED