Consolidation without a loan
Debt Management Plans
Learn about the nonprofit debt relief option that can help save time and money on your credit card debts.
END_OF_DOCUMENT_TOKEN_TO_BE_REPLACED

Featured Service
Foreclosure Counseling
Housing concerns are on the rise. If you need help, our HUD-certified counselors are here for you.
END_OF_DOCUMENT_TOKEN_TO_BE_REPLACED

Featured Blog Post
Do I Have to Pay Taxes on Unemployment Benefits?
Here's everything you need to know about who charges tax on unemployment benefits and how much it may cost you.
END_OF_DOCUMENT_TOKEN_TO_BE_REPLACED 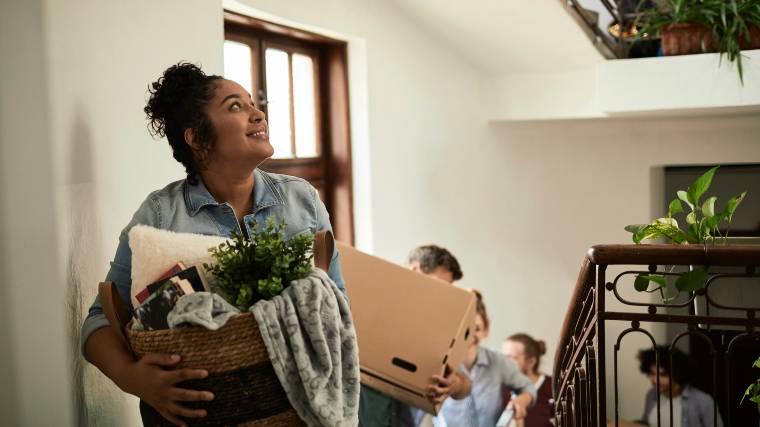 College sometimes feels like the void between childhood and adulthood, but once a young man or woman graduates high school and heads off to start their next stage, they're basically adults and they need to be able to manage their own financial affairs.

With that in mind, consider the following a checklist of sorts. These are the things young adults need to know before they shuffle off to their respective dorm rooms and try to live on pizza and Cheerios for the next four years.

True story: after graduating from college, I met a guy my age who had money, but had no idea how much or how to get it. His mother wrote checks to his roommate, who cashed the checks and gave the cash to the guy. It seemed phenomenally stupid to me at the time, and guess what? It’s still stupid now.

Before your son or daughter leaves home, make sure they know what accounts they have, how to view those accounts, how deposit into those account, and how to get money out of those accounts. It sounds simple (it is simple), but don’t take it for granted. Thanks to online banking and mobile apps, it's easier than ever to get on the same page, so use the tools available.

2. How to read a bank statement

Today’s high school graduates probably won’t look at too many paper bank statements in their life. Whether they're reading a monthly statement or checking an app daily, however, it remains vitally important that they understand what they’re looking it.

Get them in the habit of reviewing their accounts regularly and make sure they can understand the information they’re reviewing. Balance, interest rates, due dates, transactions – they should have the key terms down and be in the habit of monitoring them monthly.

3. How to maintain a simple budget

Budgeting has a tendency to get increasingly complicated as you get older and start accounting for mortgages and retirement savings and all that good stuff. For a recent high school graduate, however, the basics should suffice.

In its most basic form, a budget is just a plan for your income. Teach kids to think about how their purchases impact one another – how $20 here is $20 you won’t be able to spend there. Most importantly, they need to be able to see how their spending matches up with their earning (even if that "earning" comes from loans, grants, or allowances).

4. How to separate want from need

One of the sharpest reality checks you receive when you become “independent” is the realization that your needs are no longer being taken care of by someone else. When you’re young it’s easy to spend money on wants, because you don’t really have to spend money on needs.

In that transition into full-on adulthood, a lot of young adults put themselves in a bad financial position because they continue to put their wants before their needs. If you can help your children understand the difference between the two before they leave home, they’ll be in a much better position to succeed.

5. How to read and understand credit card, debit card, and loan offers

It wasn’t that long ago that the relationship between credit card companies and college students became so openly predatory that the government was forced to step in and place new restrictions on the partnerships held by credit lenders and universities. In some cases those questionable credit cards have been replaced with equally questionable debit cards.

Unfortunately, lenders will always look to exploit young adults who don’t have much experience with money, which is why it’s so crucial that your children learn how to read and understand the terms and conditions of basic credit agreements. At the very least, encourage them to ask questions or seek advice when they're weighing these kinds of potentially costly offers,

6. How to build a positive credit history

It may be tempting to simply teach your children to avoid credit altogether, but having no credit history is essentially the same as having a bad credit history. After all, creditors are looking for proof that you know how to use credit responsibly – not using it at all doesn't really show that.

Instead, young adults need to understand how credit works, how to use credit responsibly, and why it’s important to keep your credit accounts in good standing. Opening a joint account can be a helpful way to build that positive credit history, while also keeping an eye on your child's spending and credit usage (keeping in mind that these things should always be communicated openly).

7. How to save for an emergency

A lot of young adults think they already have an emergency savings account – they call it “Mom and Dad.”

As difficult as it is to get kids to prioritize their needs over their wants when it comes to managing their money, it’s even harder to get them to prioritize the needs they might have in the future, if something really bad happens. Unfortunately, as they say, “Mom and Dad won’t always be there to bail you out.” So make sure your children understand the importance of having money to fall back on and know how to build their own little emergency nest egg.

8. How to take nothing for granted

There is no such thing as guaranteed income. A high school diploma. A bachelor’s degree. A master’s degree. No amount of hard work or good test scores is a guarantee that you’ll find the job you want or earn the money you think you deserve. That’s not to say graduates shouldn’t aim high – that’s simply to say that the path ahead is going to be a bit winding.

The more flexible and financially mindful young adults are, the easier it will be for them to adapt when they find themselves on an unexpected detour.

When you’re young, some problems solve themselves. Sometimes you really can close your eyes and someone older will come along and fix whatever’s broken. It doesn’t work like that when you’re an adult, though. When you turn away from problems in the adult world, those problems only get worse and worse.

Unfortunately, young adults – caught between those two worlds – have a habit of closing their eyes when they really can’t afford to. Before it ever gets to that point make sure that your children know that all problems have solutions. Show them the potential pitfalls of being young and inexperienced, but also show them where to go when they inevitably end up falling into one of those traps.

You can’t teach your kids everything. You can’t prepare them for every possibility. But you can give them the basic tools and guidance they need to make smart choices and minimize the damage when their choices aren’t so smart.

And if you've run into your own financial setbacks and aren't sure where to turn, try talking with a nonprofit financial counselor. Sessions are free and available 24/7!

Make the most of every dollar and start building toward your dreams! Budget counseling is FREE and available 24/7.
END_OF_DOCUMENT_TOKEN_TO_BE_REPLACED