Consolidation without a loan
Debt Management Plans
Learn about the nonprofit debt relief option that can help save time and money on your credit card debts.
END_OF_DOCUMENT_TOKEN_TO_BE_REPLACED

Featured Service
Foreclosure Counseling
Housing concerns are on the rise. If you need help, our HUD-certified counselors are here for you.
END_OF_DOCUMENT_TOKEN_TO_BE_REPLACED

Featured Blog Post
What Beginners Should Know About Credit Cards
Used mindfully, credit cards open up all types of convenient doors, but if used unwisely, they can also dig you into a financial hole.
END_OF_DOCUMENT_TOKEN_TO_BE_REPLACED

Will I Be in Debt for the Rest of My Life? 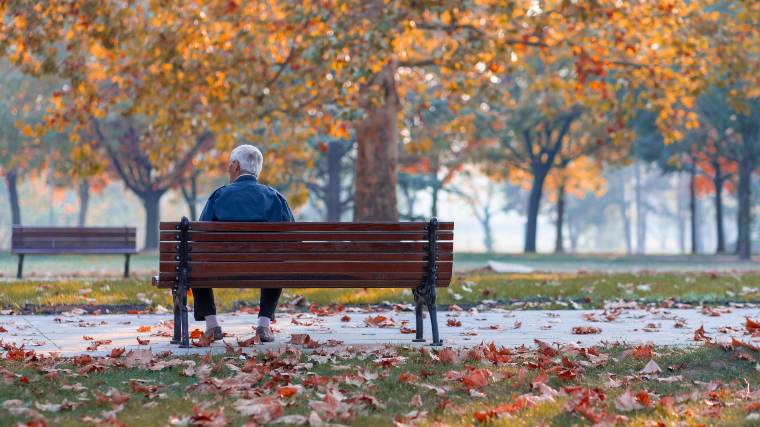 Some debts are loving, long-term commitments. When you buy a house, for example, you’re saying “I do” to a mortgage that’s going to be a part of your life for the next 30 years.

Other debts are casual flings that may turn painful in a hurry. You try to say goodbye, but setbacks and circumstances keep that debt sticking around for years and years, to the point where you can’t even remember where that debt came from and why you ever wanted it in your life.

Debt has a way of sticking around longer than you’d like it to, but what if it never went away? What if debt followed you all the way to your end of days?

According to a survey from CreditCards.com, at least 21 percent of Americans believe they will never, ever be free of debt.

Is this a case of misplaced doom and gloom? Or are Americans actually more likely to die in debt?

The numbers aren’t promising. For starters, seniors are filing bankruptcy with historically high frequency. A study by the University of Michigan Law School found that consumers 65 and older carry 50 percent more credit card debt than younger consumers, which is the major reason why that age group has the fastest rising bankruptcy rate.

Meanwhile, a separate study found that 22 percent of households headed by someone 75 and older carried some amount of credit card debt. That may not seem significant, but consider that as of 1998 only 11 percent of these households carried such debt, meaning the rate has since doubled.

That’s just credit card debt, however. The trend is just as worrisome (if not more so) when it comes to student loan debt. According to a Forbes analysis of Federal Reserve data, the amount of student loan debt held by seniors has increased 71.5% over the last five years. Americans aged 60 to 69 now owe a little over $85 billion in student debt.

Mortgage debt is also burdening consumers much deeper into retirement age than ever before. In 1989, only 6 percent of seniors 75 and older had mortgage debt. By 2012, that number had quadrupled to 24 percent.

There’s really no single culprit. The old cycle of a long career with a mortgage paid in full just in time for retirement is no more. Economic uncertainty and unexpected recessions like the one in 2008 have derailed a lot of long-term plans.

Additionally, seniors are often required to use their homes’ equity or their retirement savings to manage sizable medical debts. Unemployment, stagnant wages, and insufficient retirement savings all have a hand in American seniors’ increasing dependence on credit.

It doesn't have to be this way for you

If you’re concerned that you’re never going to be free from debt, take an active step to address that concern.

Speak with a certified financial counselor

Budget counseling is free and is a great way to get an expert perspective on your financial situation.

Tighten up your budget and focus on making increased debt payments. The more work you do now, the more likely it is that you won’t have to carry that cloud of debt with you into your retirement years.

Speak to a retirement specialist

It can be scary feeling like you won’t have enough money to manage during your retirement years. So be proactive and get some professional advice. Just understanding how your current actions will impact your future finances can remove a lot of stress.

Unexpected setbacks can ruin an otherwise great plan. One of your best defenses against unexpected debt is a healthy emergency savings account. Make a concerted effort to start building up your savings and you’ll be able to minimize the impact of most major setbacks.

Debt is a pretty normal part of life, but it doesn’t have to be a part of your entire life. If you’re afraid of taking debt into your retirement years, you can do something about that. It isn’t always easy getting rid of unwanted debt, but if you’re hoping for a nice, stress-free retirement, it’s worth the effort.

Tagged in Debt strategies, Self care

Consolidation without a loan? See how a debt management plan can help improve your debt situation.
END_OF_DOCUMENT_TOKEN_TO_BE_REPLACED