Consolidation without a loan
Debt Management Plans
Learn about the nonprofit debt relief option that can help save time and money on your credit card debts.
END_OF_DOCUMENT_TOKEN_TO_BE_REPLACED

Featured Service
Foreclosure Counseling
Housing concerns are on the rise. If you need help, our HUD-certified counselors are here for you.
END_OF_DOCUMENT_TOKEN_TO_BE_REPLACED

Featured Blog Post
What Beginners Should Know About Credit Cards
Used mindfully, credit cards open up all types of convenient doors, but if used unwisely, they can also dig you into a financial hole.
END_OF_DOCUMENT_TOKEN_TO_BE_REPLACED

More Changes to Debt Collection Could Be on the Way 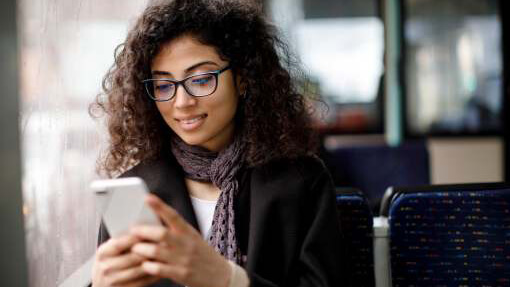 The Fair Debt Collection Practices Act (FDCPA) goes a long way toward protecting consumers from some of the less ethical members of the debt collection industry. The legislation, which places certain limits on how and when debt collection companies can contact a debtor, was passed in 1977 and as you probably know, a lot’s changed in the past 42 years.

Thankfully, the Consumer Financial Protection Bureau (CFPB) seems to be aware that circumstances for borrowers and lenders have changed substantially in recent decades. This past May, the CFPB issued a Notice of Proposed Rulemaking for the FDCPA in an attempt to clarify and refine elements of the original legislation that didn’t anticipate innovations like email.

The new rules have yet to go into effect, but presuming the regulation goes through as currently written, there are some helpful changes on the way for anyone dealing with an overdue or charged off debt. Here are the key features of the proposal:

The FDCPA already bars collectors from calling your home before 8am and after 9pm, but there isn’t currently a specific limit on the number of calls a collector can make.

The new proposal seeks to reconcile this by setting a limit of seven attempts by phone per week. Once the collector has had a conversation with the debtor, they cannot call again for at least one week.

You can easily make the argument that seven calls a week is still quite a few, but a hard cap (even an arguably generous one) is a good start.

Simplify the Validation and Dispute Process

You already have the right to request written validation of the debt in question, but the new rules would require collectors to make that information more transparent in their initial communication. This would mean a clear, easy-to-understand itemization of the debt, plus a plain language explanation of your rights.

Perhaps most interesting, however, is the proposed requirement that these collector disclosures include a tear-away reply form that you can easily fill out and send back.

A large portion of the proposal deals with emails, voicemails, text messaging, and other forms of communication that didn’t exist in 1977. The new rules seek to clarify how these mediums can be used lawfully by debt collectors.

Importantly, the proposal offers guidance on how consumers can manage their preferences (so to speak), by allowing them to opt out of certain forms and specify when and how they prefer to be contacted.

Prohibit the Threat of Lawsuits on Expired Debts

As we’ve discussed before, all debts are subject to certain statutes of limitation, as determined (usually) by your state of residence. When the statute of limitation on a particular debt has expired, you are no longer legally obligated to repay the debt. (There may still be credit implications, but that’s another matter altogether.)

Currently, just because the statute has expired, however, doesn’t mean a collector can’t still attempt to collect the debt. In fact, there are many instances of collectors convincing consumers to repay debts they otherwise may not have needed to pay, often by threatening to sue for the debt.

The proposal from the CFPB would prohibit debt collectors from making such threats about a debt they know has “expired”. While protection on this issue is needed, there’s an obvious flaw to this particular item: it does not prohibit the practice outright. Should you be sued for a debt where the statute of limitations has passed, you would need to prove that the collector did so knowingly, and that could prove difficult.

So while additional consumer protections are always welcome, you could easily argue that more work still needs to be done. In the meanwhile, if you’re concerned about unpaid bills and need some unbiased advice, consider talking to a nonprofit budget counselor. Help is available 24/7 and a counseling is free.

Consolidation without a loan? See how a debt management plan can help improve your debt situation.
END_OF_DOCUMENT_TOKEN_TO_BE_REPLACED