Consolidation without a loan
Debt Management Plans
Learn about the nonprofit debt relief option that can help save time and money on your credit card debts.
END_OF_DOCUMENT_TOKEN_TO_BE_REPLACED

Featured Service
Foreclosure Counseling
Housing concerns are on the rise. If you need help, our HUD-certified counselors are here for you.
END_OF_DOCUMENT_TOKEN_TO_BE_REPLACED

Featured Blog Post
What Beginners Should Know About Credit Cards
Used mindfully, credit cards open up all types of convenient doors, but if used unwisely, they can also dig you into a financial hole.
END_OF_DOCUMENT_TOKEN_TO_BE_REPLACED

How Does Wage Garnishment Affect My Credit Score?

by Jesse Campbell on in Repaying Debt , Using Credit 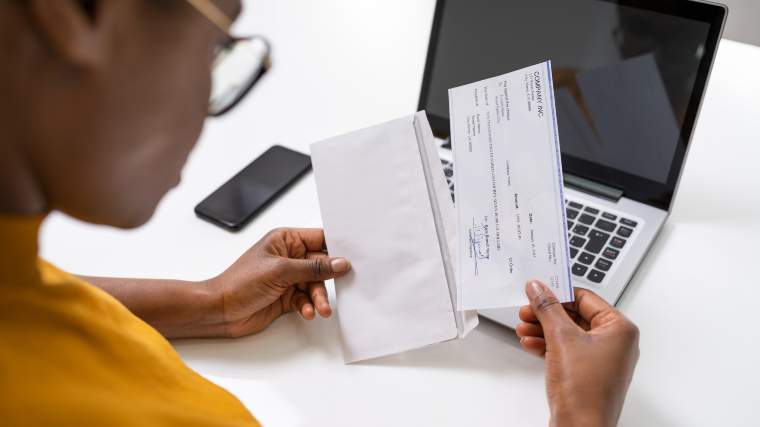 The following article is presented for informational purposes only and is not intended as credit repair advice or instruction.

No one wants to have their wages garnished. If your paychecks are being garnished, it's likely because you fell behind on a debt and the creditor took you to court to make you pay. The garnishment will end once the debt is paid off or if you've made a alternative arrangement with the creditor.

While the garnishment will definitely eat into your income and might make it harder to manage your monthly bills, does it have any impact on your credit score? And is there any reason to hurry up and pay off a debt once a garnishment is in place?

So does a wage garnishment hurt your credit? Technically, no, not really.

From a credit perspective, the damage has more or less been done. Since your wages are likely being garnished as a result of having missed payments on one or more debts, your credit may have been dinged, but it was the missed payments that hurt your score.

The fact that an old debt, either a credit debt or a tax debt, is being paid through a garnishment doesn't usually show up on most credit reports. What does show up is the fact that the debt was delinquent and that there is a judgment against you for the unpaid debt.

Like with most negative marks on your credit history, the delinquency and the judgment will eventually fall off your report after seven years. There’s nothing you can do to speed up that process. Paid or unpaid, that judgment will stay there for the full seven years and unfortunately it will have a negative impact on your score until then.

Ending a wage garnishment is in your best interests

Once the garnishment is in place, is there any incentive to end it sooner than later?

There are two reasons why you may want to consider ridding yourself of the garnishment ASAP. The first is in the event that you need to apply for a loan. While your credit report will not contain any information related to your garnishment, the loan application itself will almost certainly require you to list any liabilities, which would include the fact that your wages are currently being garnished. Given that your credit score may already be somewhat damaged, having an ongoing garnishment will only make borrowing more difficult.

The second is a budgeting concern. The garnishment eats up a portion of your monthly budget, which takes away some of your budgeting flexibility. Because your garnishment comes out of your paycheck automatically, you don't have the option to direct those funds elsewhere in the event of an emergency.

If you're worried about a potential wage garnishment, talk to a certified credit counselor right away to discuss your options. Counseling is free and available 24/7.

Consolidation without a loan? See how a debt management plan can help improve your debt situation.
END_OF_DOCUMENT_TOKEN_TO_BE_REPLACED