Consolidation without a loan
Debt Management Plans
Learn about the nonprofit debt relief option that can help save time and money on your credit card debts.
END_OF_DOCUMENT_TOKEN_TO_BE_REPLACED

Featured Service
Foreclosure Counseling
Housing concerns are on the rise. If you need help, our HUD-certified counselors are here for you.
END_OF_DOCUMENT_TOKEN_TO_BE_REPLACED

Featured Blog Post
What Beginners Should Know About Credit Cards
Used mindfully, credit cards open up all types of convenient doors, but if used unwisely, they can also dig you into a financial hole.
END_OF_DOCUMENT_TOKEN_TO_BE_REPLACED

Do You Have to Pay Taxes on Found Gold? 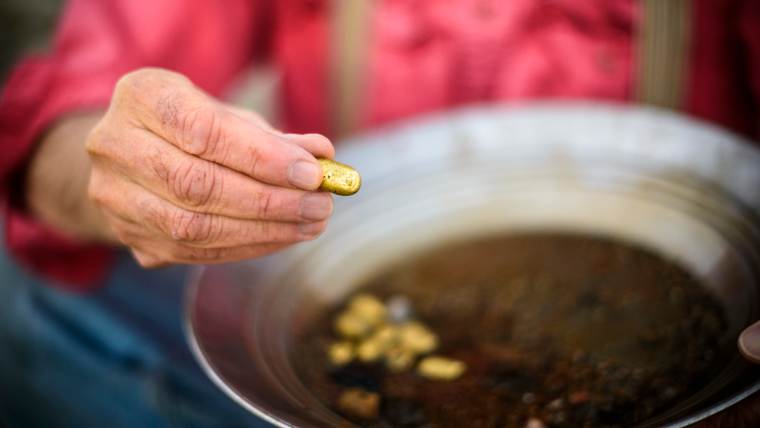 A reader wrote in to ask the following:

Is gold that you panned from a river or up in the mountains on vacation considered taxable?

Presuming you've arrived at this page for reasons that aren't purely hypothetical, congratulations on striking gold! May you enjoy your newfound wealth. Or what’s left of it. Because yes, the government will be taking some of that.

A few years ago, a couple in California found $10 million worth of gold coins on their property. Which is basically the dream (and was my childhood retirement plan, if we're being honest).

Well, they got to keep about 53 percent of that dream. The other 47 percent went to state and federal taxes. The couple didn’t even need to sell any of the coins – tax was due immediately based on the estimated value of the coins.

The reason goes back to a landmark case: Cesarini v. United States. Cesarini bought a used piano for $15 (the 1950s were a different time) and later found $5,000 inside the piano. Cesarini argued that the found money didn’t constitute gross income per the Tax Code (as it was then written). The IRS disagreed. The IRS won.

The case helped clarify what items are considered gross income per the Tax Code, extending the list to include treasure troves.

When it comes to self-panned gold nuggets, however, I wouldn’t be worried about taxes until you’ve actually sold the gold. At that point it’s clearly additional income with a paper trail. Make sure you keep track of all documentation and claim the proper amount on your tax returns.

If you're hoping for a gold strike to help balance your budget or pay off lingering debts, there are plenty of easier ways to reach your goals. Connect with a nonprofit credit counselor today for free to discuss your challenge and see how MMI can help.

Make the most of every dollar and start building toward your dreams! Budget counseling is FREE and available 24/7.
END_OF_DOCUMENT_TOKEN_TO_BE_REPLACED